Like crusades across the infinite, night swallowed light
Cursed were the minions rebellion, An image of the serpents creation
Reveal and enter the passage, enter into the phantoms fire
Constellation, a unity in chaos the chariots of thunder's arrival

Sent fragments of my reflection to the void afire
Behold the new breed created in my own image
Brighter these eyes burned with wicked anticipation
As the struggle for the black elements came to an end
A precious mingling of the flesh and alien fire Held dreaming hands beneath the power to universal creation
Became the utter perfection of total completion
Breathe the untouched majesty of dark emotions
And feel the power, the beauty of domination
Conquering the weavers Utopia, conquering 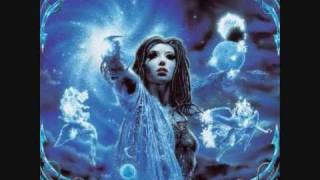