[Intro:]
Creep, creep, I'm on the creep
The creep for the kind bud
O.C. late night, rolling in the v-dub
Sick of scraping resin so I'm looking for a sack
All I learn, I'll head for burn
BSO's got my back
Right on, right on brother, blaze on
You better rip that shit, rip it
It's that 1605 shit, real Huntington Beach
Backyard f*cking, garage style

[(Verse) Saint Dog:]
Well I'm that pig that the bitches talk about
Saint's what they shout, you got all the clout
A day in the life of a Kottonmouth King, 1605 (fool pass me the thing)
Now the stereo is off, I sway, push play
You hear Humble Gods from a mile away
All the heads are bobbing because the base is bumping
D-Loc is mumbling, (I got a little something)
Well he passed me a hornet and I took a sip
Sparked up a bowl and I took a rip, trip
Came to halt at an intersection
Turned up the music at my discretion
D-Loc in the back said what do I see
A jeep full of freaks just staring at me
D-Loc was right; they were in a range rover
Looked over my shoulder, I pulled them all over
They got out the car and stepped to my side
I said, hello ladies let's take a ride
I'm Saint Dog, that's D-Loc the man
Daddy X is the one that's driving the van
So climb on in and don't be shy
We're gonna close the doors and let the games be fly
Once again I said it, my name's SD
It's just another day of a P-T-B
Come on, come on

Saint Dog putting it down for suburban pride

[(Verse) Saint Dog:]
I was living my life on a nine to five
Up early in the morning trying to survive
Chump change, it's a shame, with no education
No inspiration, no destination, But now my occupation is to do what I like
Keep the crowd moving and rock the mic
Because if I don't rock it, then another sucker will
And if you don't jock it, then I can't pay the bills
Trick Daddy X threw me out on stage
Said Saint, represent for the underage
Same damn year, my face is up and raised
Got that ring in my nose labeled sixteen gauge

[D-Loc:]
No Saint dog, I hunt ducks with a twelve gauge
And when I'm on the stage, yes I get get real blazed
Get me on the court my skills will put you in a maze
T-T-T-twicking a twine all day
Come on, come on

D-Loc's on the mic, rip rip shit up

[(Verse) D-Loc:]
It's the unpolitical, psychoanalytical,
Undefeated Champ that will stick you fool
My style is crazy, not wooka wakka lazy
If you chill with me I'll be sure to (blaze thee)
Plant you in the ground; let you drift like a daisy
That shit's in my system makes my life kind of hazy
My momma, my poppa, I think I should tell them
The J gots my head, and f*cked up my cerebellum
It's about time to compute your math
Because my beats keep bumping like a seismograph
See I've tripped before, but never like this
Straight to my mind, put my brain in a bliss
I wont fake the funk, when I'm smoking on a skunk
That forty bowl evil got my peacock drunk
And like Mickey Mantle, I can switch my stance
I'm a supercharged baller that's electrically enhanced
My flows are silky soft, like I'm writing them in lotion
And I'm a lyricist, that's poetry in motion
To each town, to each house, I cause mass commotion
Cops smellin' money takin' off with my portion
Farewell to all and to all goodnight
I'm leaving these ?? out all night
Wait wait wait you said ?? that shit will f*ck you up
Get off the ?? and rock the bump
Come on 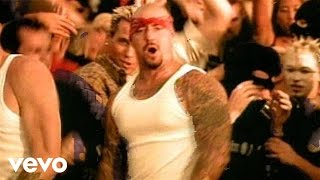