I used to live downtown, 129th Street
Convent, everything's upbeat
Parties, ball in the park
Nothing, but girls after dark
We chill, nobody gets ill
In the place we call the hill
But if you try 'em
That's when they will
Get wild, but they don't fight, they kill
At the...

I remember parties out in the park
With the girlies, rubbing up in the dark
I was smooth, until someone pulled a gun
It was over, they spoiled my fun
I was flying, just like a track star
Dying, nah, I ran through the back yard
Trying to get into my building
Thinking, "Why in the heck won't somebody kill them?"
One day the fellas got together
They vowed that no one would ever
Come on our block, and terrorize us
The gangs that used to do it, now they idolize us
Guns, we don't like to use them
Unless, our enemies choose them
We prefer to fight you on like a man
And beat you down with our hands and bodyslam you at the...

We don't start trouble, but boy do we end it
Our time, we like to spend it
Snapping, boy do we heat up
But we'll take time out to beat up
A sucker, if he wants static
Beatdown, yeah we got it
Good, and we'll accomidate you
Thanks to us, a lot of brothers hate to
Come back, to this very day
Cause losing's one thing we don't play
If you're ever in a fight and you're beating one of us
Break out, before you get bumrushed
At the...

I'm talking about Nazareth, B.O., Tony and Milton
Mike Mike Sluggo and Mike Chillion
D.O.B., Reggie B, and Sidney
Dana B, Derrick B, Sean B, and don't forget
Big Hank, Don Ice and Sire Rock
God bless Peter Wax, Chuck Chuck, and Po Rock
El Dorado George way back in the day
Had all the brothers on the hill talking this way
They said, "God, have mercy L.A.
Sunshine," and my DJ
Easy Lee, are from aroud the way
Jock Jock, Philly Phil, Don D always
But they're chillin, Keith Keith, KV
Steve O, Ross Ross and A Fi
Beroni, Toss Toss and Hung Hunk
We fight with our hands and nobody's a punk!
At the... 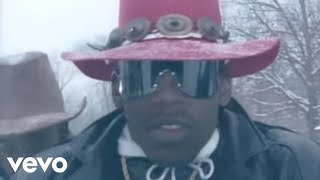