One Of The Survivors Lyrics

One Of The Survivors Lyrics


See Johnny Thunder sitting on his motorbike
Riding along the highway,
Rock and Roll songs from the nineteen-fifties
Buzzing around in his brain.
Johnny Thunder he's one of the original bebop generation
And he's got no time for complicated music or too much sophistication.

He's one of the survivors,
The motorbike riders.
You ought to see Johnny Thunder riding down the highway
One of the rock and roll survivors,
Twelve bars flowing through his brain.
He digs Jerry Lee Lewis, Dion and The Belmonts,
And Johnny & The Hurricanes.

He plays Hound Dog, Oh Boy, and Great Balls of Fire
And Boppin' At The High School Hop.
And he's got no time for phonies or posers
'Cos they don't know how to reel and rock.
and he plays Little Egypt and Ooh Poo Pah Doo,
And he plays Poison Ivy and Blue Suede Shoes,
The Hollywood Argyles, Danny & The Juniors,
Dion & The Belmonts, Johnny & The Hurricanes.

Feel those vibrations flow in my brain.
Got my freedom riding down the highway,
Keeps me sane, feel alive,
I'm one of the survivors.

Feel all right.
First gear, second gear, third gear, fourth gear, all right.
Old Johnny Thunder looks a little overweight,
And his sideburns are turning grey.
But he still likes to bebop, boogie and jive
To his worn out seventy-eights.
Johnny Thunder.
He's alright.
He's one of the survivors,
Twelve bars flowing through his brain,
Jerry Lee Lewis, Dion & The Belmonts,
Johnny & The Hurricanes, Johnny & The Hurricanes. 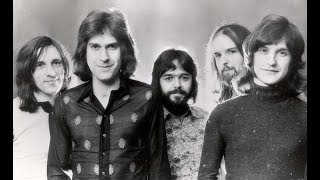