Met a girl called Lola and I took her back to my place
Feelin' guilty, feelin' scared, hidden cameras everywhere
Stop! Hold on. Stay in control

Girl, I want you here with me
But I'm really not as cool as I'd like to be
'Cause there's a red, under my bed
And there's a little yellow man in my head
And there's a true blue inside of me
That keeps stoppin' me, touchin' ya, watchin' ya, lovin' ya

Well I fell asleep, then I woke feelin' kinda' queer
Lola looked at me and said, "ooh you look so weird."
She said, "man, there's really something wrong with you.
One day you're gonna' self-destruct.
You're up, you're down, I can't work you out
You get a good thing goin' then you blow yourself out."

Silly boy you got so much to live for
So much to aim for, so much to try for
You blowing it all with paranoia You're so insecure you self-destroyer

Dr. Dr. help me please, I know you'll understand
There's a time device inside of me, I'm a self-destructin' man
There's a red, under my bed
And there's a little green man in my head
And he said, "you're not goin' crazy, you're just a bit sad
'Cause there's a man in ya, knawin' ya, tearin' ya into two."

Self-destroyer, wreck your health
Destroy your friends, destroy yourself
The time device of self-destruction
Light the fuse and start eruptin' 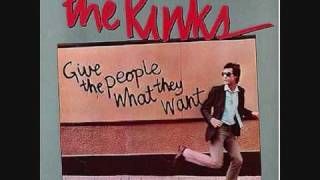