The Party Goes On Lyrics

The Party Goes On Lyrics


Yesterday was such a fine day for me to live
Yesterday everything was in my head in one(*) piece(^peace)
I had my time to lie down and just to wonder 'round
I had my time to go nto the system of sounds
and I think it over
No one(*) can keep this time from running out
No one(*) can keep this time from running out
it's meant to be wasted(^tasted) the party goes on
One(*) day I'll finish everything that I have begun
one(*) day I'll explain, Oh yes, and you will
understand (stand under?)
work now and rest later, rest now and work later on?
one(*) day is someday but now I will have to go on
before it's over
"Life is a party isn't my friend
or what do you think?
Are we here just fooling each other or
are we giving good entertainment for each other
what do you think?
It's a big, big, big adventure and it's getting to be so groovy, just lay it all out.
It's all there you know, it's hiding inside of you and if
you are keeping it hidden here...or what do you think
And we're all in it together so don't spoil it with your
stupid atmosphere
and you're the only one(*) to blame you know
.. or what do you think... or do you stink?
In the Mirrorland
The word is the game and the game is the word
the word is the sword to make the worlds law
the s in the word makes the word a sword
and the S in the sword makes the word fall
the word with the s makes the wordsorder
to use the wordsword in the s-order
the L in the word makes the worldsorder
cause the L is the law from the wordholder
the law of the s makes the word a sword
the sword without the s makes the worldwar
Explain lyrics
Correct lyrics 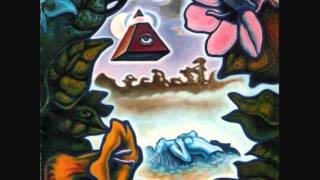 check amazon for The Party Goes On mp3 download
browse other artists under K:K2K3K4K5