The Indians
King Missile
Gay Or Not Gay It's Saturday Jesus Was Way Cool Failure Love Is... No Point He Needed Fourthly Farm Ed
King Missile wiki The Indians video


The Indians lived all over this land before we came and killed them
That was very bad of us
We thought we needed the land
But for the most part
We just ruined it anyway
And now, nobody can use it
That's the way we are
We're pigs

Some people say we should call the Indians "Native Americans"
'Cause they were here in America before us
But before us, this land wasn't called "America" It was named "America" by a mapmaker who never even came here
He just lived in Europe
And made maps and when he found out about this land
He just made a map of it
And just put his name on it
'Cause he could
That's the way we are
We're pigs

This doesn't really have very much to do with the Indians, though
I guess I got kind of sidetracked
Anyway, I hope you see my point 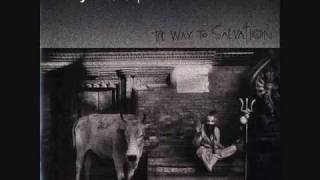 check amazon for The Indians mp3 download
these lyrics are submitted by musixmatch2
browse other artists under K:K2K3K4K5K6
Songwriter(s): john s. hall
Record Label(s): 1991 Atlantic Recording Coporation for the United States and WEA International Inc for the world outside of the United States
Official lyrics by