SOLO: Mike
So there they stood at the top of the stairs
Miriam in the mood, Jonathan was scared
Gazing into the dark, Jonathan saw the star
For a second he turned his back
And she was there like a ghost
She him hard and clean
To the bottom of the stairs
"Now we're finally alone, Miriam
Abigail is here to stay"
The birth of Abigail would soon be realized
The second coming of a devil in disguise
And the moon did not shine
It was darker than ever before
On this sacred night
The soul of Miriam was crying out in pain
Remembering the day, arrival in the rain
The pain of labour was so strong that Miriam died
The final seeing was a pair of yellow eyes
You can still hear her screaming If You're walking the stairs in July
Riding from beyond
The 7 Horsemen would arrive before the dawn
Servants of the count, when Abigail was born the first time
SOLO: Andy
Oh no...they found her in the sarcophagus
Baby Abigail was eating, Oh I cannot tell You
"Take her...and bring her
To the chapel in the forest
So go now...The ceremony
And the coffin's waiting"
The Black Horsemen
That's the end of another lullaby
Time has come for me to say Goodnight
SOLO: Mike
Main characters:
Jonathan LaFey (Age 27)
Miriam Natias (Age 18)
Abigail
Any resemblance to actual persons, living or dead, events, or
locales is entirely coincidential.
Explain lyrics
Correct lyrics 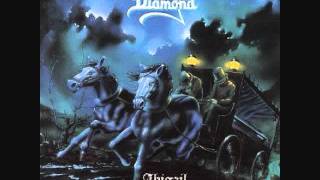