They rode like they was Rangers as they came out of the skies
They had High-Tech horses with beacons in their eyes
My gun was cocked and ready when I looked into their face
I seen they just weren't just common buck-a-roos born of the human race
No, sir, these Cowboys came from space

Their shootin' irons shot laser light and their spurs was anodized
Bandanas caked with stardust and their jeans was pressurized
Well he handed me a halter, said, "Tighten up the girth."
But before I hit the saddle we were miles above the Earth.
And I mean MILES above the Earth

I seen London, Paris, Budapest, Kashmir and Tokyo
And there ain't no sight like a desert night looking down on Mexico
To the Moons of Mars and Jupiter, 'round Saturn's rings we rode
Past the frozen plains of Pluto where even the sunshine's cold
Man, I do mean COLD

Then our interstellar stallions sailed through the starless void There was nothing to miss in that emptiness, not even a stray asteroid
So we picked up the trail of a comet tail, man, you can't even DREAM that far
And the galloping beat like the rhythm of an old catgut guitar
Just the strummin' of a distant star

Well, it could have lasted minutes or a hundred thousand years
When they got me down, I was safe and sound and it hadn't even popped my ears
And they reared back on their broncos and they shot a bolt of light
I knew they were the good guys, yes, sir. you got it right
'Cause their cowboy hats was White

So I asked 'em as they pulled their reins towards the settin' sun
I said, "Before you go, I'd like to know, just where you boys come from?"
Well they opened up a star chart and said, "right here where this 'X' is
It's the biggest place in Outer Space, the planet known as Texas" 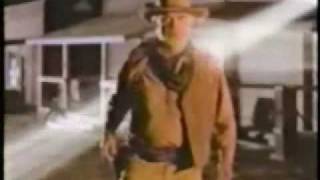 check amazon for Planet Texas mp3 download
browse other artists under K:K2K3K4K5K6
Songwriter(s): John Andrew Iii Parks
Record Label(s): 1989 Reprise Records for the U S and WEA International for the world outside of the U S
Official lyrics by