Reppin For My City Lyrics

Reppin For My City Lyrics

Yaga, from the city a hit makers
We born cold so imagine what the heat make us
From a city where its forbidden to breed fakers
Nash on your team, still yelling beat Lakers
The realest people never get they story told
I'm ghostwriting the industry, nigga money owed
You ain’t made enough if you see your money fold
What’s in my wallets is never less than my area code
I only beef wit the butcher who’s handling orders
The only secrets that I have is with customs and borders
Throughout my true religions looking for my true religion
God over everything, reporting from hell’s kitchen
[Hook 2X:]

Yaga, I'm from a city of broken dreams
So we get it eyes open from the Asia team
Hard to imagine where I'm from has a million fiends
The dynamics of cities breeding a hundred kings
The true measure of this man is not measured in metric
Ya I said so, who I had sex with
I'm six foot four, with no interest in free throws
(Welcome to my city)
They still blasting the peep hole
My city a lot better than that international

Well let me tell you it's bigger than rap This for the kids from the ghetto
Who never settle and know that we will take over the earth hello
I'm tryin to be better fellow, pedal to the medal i'm a rebel
Living on a higher level like, trouble, this trouble, and i do it
For this struggle, never buckle tryin to make my money double
'fore I make it out the huddle, break
[Hook 2X:]

The media say when things go wrong this can't be our city
How you mean? 365 yin and the yang we just don't talk about it
From Jane strip to Crenshaw, one love
From T dot to Nigeria we the same blood,
Anywhere on the planet you look like me
They may pat you down and ask you to produce I.D.
Without the criminals we wouldn't really need police
So it's understandable why we do not get no peace
Yo, every cop ain't a threat and every brother aint' dealing
Yo every rapper ain't lying but most will say what's appealing
I got a stick to a code, honour people who died
Every soldier who fought to Malcolm and civil rights
If every day is like Christmas and every night is like Eve
Then every day I'mma celebrate yo it's good to be me
[Hook 2X:] 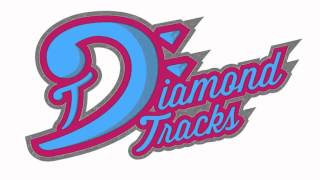