Never Let Me Down Lyrics

Never Let Me Down Lyrics

[Jay-Z:]
Yo, yo first I snatched the street then I snatched the charts,
First had they ear now I hav they're heart,
Rappers came and went,
I've been hear from the start,
Seen them put it together
Watch them take it apart,
See the Rovers roll up wit ribbons
I've seen them re-poed, re-sold and re-driven
So when I reload, he holds #1 position
When u hot I'm hot
And when your feet cold, mines is sizzelin
It's plain to see
Nigga's can't f*** wit me
Cuz ima be that nigga fo life
This is not an image
This is God given
This is hard liven
Mixed wit crystall sippin
It's the most consistent
Hov
Give you the most hits you can fit inside a whole disc and
Nigga I'm home on these charts, y'all niggaz visitin
It's Hov tradition, Jeff Gordan of rap
I'm back to claim pole position, holla at ya boy

[Kanye West:]
I get down for my grandfather who took my momma
Made her sit that seat where white folks aint wanna us to eat
At the tender age of 6 she was arrested for the sit in
With that in my blood I was born to be different
Now niggas can't make it to ballots to choose leadership
But we can make it to Jacob and to the dealership
That's why I hear new music
And I jus dont be feelin it
Racism still alive they jus be consealin it
But I know they don't want me in the damn club
They even made me show I.D to get inside of Sam's club
I did dirt and went to church to get my hands scrubbed
Swear I've been baptised at least 3 or 4 times
But in the land where nigga's praise
Yukons and getting paid
It gon take a lot more than coupons to get us saved
Like it take a lot more than do-rags to get your waves
Notin sadder than that day my girl father past away
So I promised to MR.rany I'm gonna marry your daughter
And u know I gotta thank u for they way that she was brought up
And I know that u were smiling when u see that car I bought her
And u sent tears from heaven when u seen my car get balled up
But I can't complaint what the accident did to my left eye
Cuz look what a accident did to Left Eye
First Aaliyah and now romeo must die I know a got angels watchin me from the other side

[J.Ivy:]
We are all here for a reason on a particular path
You don't need a curriculum to know that you are part of the math
Cats think I'm delirious, but I'm so damn serious
That's why I expose my soul to the globe, the world
I'm trying to make it better for these little boys and girls
I'm not just another individual, my spirit is a part of this
That's why I get spiritual, but I get my hymns from Him
So it's not me, it's He that's lyrical
I'm not a miracle, I'm a heaven-sent instrument
My rhythmatic regimen navigates melodic notes for your soul and your mental
That's why I'm instrumental
Vibrations is what I'm into
Yeah, I need my loot by rent day
But that is not what gives me the heart of Kunte Kinte
I'm tryina give us "us free" like Cinque
I can't stop, that's why I'm hot
Determination, dedication, motivation
I'm talking to you, my many inspirations
When I say I can't, let you or self down
If I were of the highest cliff, on the highest riff
And you slipped off the side and clinched on to your life in my grip
I would never, ever let you down
And when these words are found
Let it been known that God's penmanship has been signed with a language called love
That's why my breath is felt by the deaf
And why my words are heard and confined to the ears of the blind
I, too, dream in color and in rhyme
So I guess I'm one of a kind in a full house
Cuz whenever I open my heart, my soul, or my mouth
A touch of God reigns out

[Jay-Z (Kanye West)]
Who else you know been hot this long,
(Oh Ya, you know we ain't finished)
Started from nothing but he got this strong,
(The ROC is in the building)
Built the ROC from a pebble, pedalled rock before I met you,
Pedalled bikes, got my nephews pedal bikes because they special,
Let you tell that man I'm falling,
Well somebody must've caught him,
Cause every fourth quarter, I like to Mike Jordan 'em,
Number one albums, what I got like four of dem,
More of dem on the way,
The Eight Wonder on the way,
Clear the way, I'm here to stay,
Y'all can save the chitter chat, this and that, this and Jay,
Dissin' Jay 'ill get you mased,
When I start spitting them lyrics, niggas get very religious,
Six Hail Maries, please Father forgive us,
Young, the Archbishop, the Pope John Paul of y'all niggas,
The way y'all all follow Jigga,
Hov's a living legend and I tell you why,
Everybody wanna be Hov and Hov still alive. 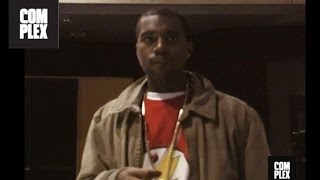