The early morning castle stirred,
The King of the forest stared vacantly,
Toward the east,
His bloodshot eyes caught no reasoning,
A lazy fly landed on his suit of velvet,
And he cursed the creator.
Like an unwanted shadow,
The Queen of conscience entered the already broken morning,
She spoke, "Eat my master",
The king moved to a coffin corner,
Where another lazy fly contemplated the dust of time.
"Bring me a kingdom and I will eat,"
His voice disturbed the dust and the fly,
"I am without power to bring you power,"
The Queen sighed like an autumn breeze,
"Then I will not eat."
The King moved to his guilty throne,
And seated himself among his ancestors,
"My King, if you want respect and admiration,
If you want a kingdom and power,
If you want money and love, if you want respect and admitation, Then you must go out, and you must take it."
The King stared vacantly to the east,
And a dozen flies waiting in the dust stared back,
"I am the King, it is not my part to capture and claim,
It is my people's duty,"
The Queen cried and the little crystal tears tickled her cheeks.
She brushed them away angrily,
"You have no people, and while you remain the ghost of the past,
You will never have people or a kingdom,"
She ran from the patchetic chamber,
A fly left with him.
The king breathed and though deeply,
"I will have people," he said nervously to his conscience,
"I will have people."
The King of the forest never rose again from his guilty throne,
And the dust and the lazy flies lived on him,
And the King lived on his dreams,
And died on them. 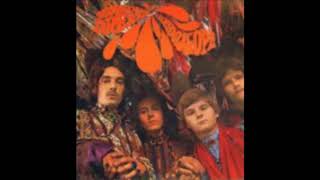