Into The Labyrinths Of Deviance Lyrics

Into The Labyrinths Of Deviance Lyrics


Still a young and innocent child
Beaten by his mother and abused by his father
She always told him “Don’t look through the key-hole,
When I’m busy with your uncle”

Conflict and anger in his mind became worse and worse
This beautiful cat of our crazy neighbors
“I could torture and rip it up”, he thought
Little experiment to control life and death

Hate, death & sexual desire burning inside him
Love he needs, but pain and suffering he brings
The cat became a little pretty blond girl
Raped and beaten to death, his first human victim

One after one, raped, sodomized, killed
Each murder more cruel and perfectionated 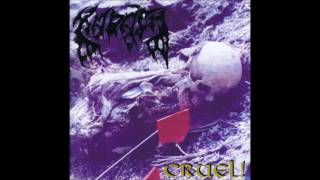 check amazon for Into The Labyrinths Of Deviance mp3 download
browse other artists under K:K2K3K4K5K6