I'm living free, but what's that?
I wanna be happy, I guess
I wanna be more than I am
You know, content with my vision
Less existing, more living
Try to be kind and forgiving
Stare at a page and paint this paper with pain
I promise it's purified
Niggas full of bullshit putrefied let it [?]
Tryna jump off of the porch now they petrified
I've contemplated suicide a million and one times
But every time I tried the only thing that I could seem to see, was my momma's eyes
Deep down inside is where this misery resides
To say I'm fine would be a lie
But through these lines I come alive
I'm sending praises from the gods, Buddha Jesus and Allah
The odds are stacked against me spark McKenzie grab the key and start the engine
I'm revvin' it up until it runs right
Run through red lights and stop signs
Done a lot in this lifetime
But I hope the next is better than this
This some repetitive shit
We in this matrix with a glitch
This shit a dead end ditch
The truth hurts when it cuts through and infects you
I'm stitchin' up these wounds with a needle dipped in divinity
Sex, drugs and rock n roll, the holy trinity
I hope you never mimic me
Or live vicariously through my imagery
No complaints but I got questions and they still unanswered
This shit is hard, what's the reason we down here for?
Is it really green pastures on the other side of that wall?
If you created peace and love, then why would you make war?
And if you made me in your image, why I feel piss poor?
Unable to articulate all of the strain on my heart
Deficiencies inside my mind, it's like I'm fallin' apart
Be careful what you ask for, you just might get that shit
And feel as empty as you ever felt, just a shell of yourself
Hallow be the name that I proclaim and exclaim from the highest peak of Jerusalem Prophesied and then invented it
The birth of a king that's more than a mere human being
It's soothing, the essence of Frankincense and Myrrh and silver my nigga
Mercy, mercy me lawd

And tell me why you cut my mic off
Turn the lights on
Pressure squeeze like a python
Once the fight's on
Clock tickin' like a time bomb
Threw my mind off
Can't say I lost it
I been gone
Been a bit off
Waitin' for this reality to dissolve (dissolve)
But in the process, try to be patient, prayin' the pain resolves

This is life as I see it, from my seat at the coliseum
Fishbowl livin' fightin' for position
Prayin' that I get a piece or gain knowledge
Hard to survive when every single dime is trickle down economics
Gotta get rid of all that shit like a f*ckin' colonic
Laid up with a free spirit that mommy nicknamed [?]
Tsunami roll it kamikaze watchin' Toonami
Hit the blunt and poonani, nine times out of ten, I demolished it
Diggin' deep in the hole til I strike gold
My heart cold, but clarity comes right after I nut, then I gotta go
Hit the lights maestro, the magic's over, spell is broken
Tell a friend, tell a friend to tune in
This revolution will be televised and monetized
Incentivized by vicious times and double knotted mob ties like Lucky Luciano
f*ck a humble abode I want a mansion with two grottos
If I find the strength to make it to tomorrow

Why you cut my mic off
Turn the lights on
Pressure squeeze like a python
Once the fights on
Clock tickin' like a time bomb
Threw my mind off
Can't say I lost it
I been gone
Been a bit off
Waitin' for this reality to dissolve (dissolve)
But in the process, try to be patient, prayin' the pain resolves 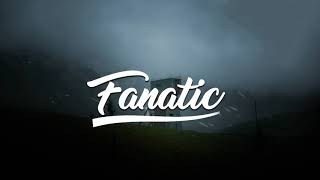