Playing solitaire in restaurants
Boundaries I'm testing em
No one's really watching still I sense that I've been messing up
Human but day by day I'm feeling like I'm less of one
Sent all my best friends presents yet I'm disappointing everyone
Got no direction someone summon Nora Ephron
Beer pong's how I learned the capital of Lebanon
Basically we're Lennon John, young & dead and gone
Whiskey tipsy keep on slipping don't know which end of the bed I'm on
Calories, Valeries in malls smoking on Cali weed
How can you complain when you've made up all your realities?
Ballerinas balancing, validating maladies
Barfing up their salad greens par for mister balanchine
I text a lot of boys, but I rarely f*ck em
Ducking clouds, breaking down, got my head up in an oven
Shut my mouth, blacking out, yeah my brain is f*cking bludgeoned
Though I've had my doubts I know my stuff is straight disgusting
And I mean that in the best way
Flipping shit like burgers or fake furs or a sex change
Right onto the next phase, got my buddies in the backseat
Don't like what I do then get your lips up off my ass cheek

Rocks in my shoes, stones in my pockets
Lost and confused, cold and forgotten
Yeah, that's me
I try to look alive but I'm half asleep Baby's got a nosebleed, talking to a lead pipe
Strangers think they know me, photos of my best side
Fit into my old jeans, haven eaten in like
3 days you say I'm looking sick well shit you're dead right
Father's vices, but my mama's heart so I've feeling like
Penitent a million nights sipping on these miller lights
Wishing it was back to mash & after class & pillow fights
Feeling violated so I memorized the Bill of Rights
Kids I grew up with, perspective busted
& now like half of them are fat, that's f*cking justice
Swear I'm on the cusp of something great, least I hope I am
Trying to get a couple butts to shake til I'm broke again
Compliments they're never sinking in I'm drinking gin
And wondering why every night I bend over the sink again
Thinking I'm in love so my irises been twinkling
But he don't feel the same, guess I'm permanently single then
My anxiety been f*cking with me awfully
Should I be taking medications, doctor probably
Tummy's bum need an endoscopy
Wanted everything under the sun guess I'll settle for some Foster's Freeze
But life's gravy uh I'm trying to find a man & hop in his Mercedes
All my no ways been turning into maybes
I thought I told you I was f*cking crazy 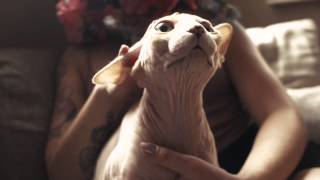