[Juvenile]
We drink up all the round, we drink up all the white
We go to all the spots, we be up all the night
We'll tell a nigga, "f*ck ya!" and be waitin' outside for him
Bust him up and see how many niggas gon' ride for him
Play the project bricks and watch for the law
Nigga come to my section, we to they section and ward
We rep hard out the wards in stolen cars
Spankin' niggas that be showin' off with they broads
Nigga catch a felony... he takin' his charge
Niggas turnin' state... we rapin' the boy
It's a hard life we livin'... they 'bout they drama
We earn stripes for killin'.. I'll attack like a rhino
Some of the time... motherf*ckers be off they bases
Way out they boundary in unfamiliar places
Lookin' like a duck, seein' all the wrong faces
But we know the rules and could be strapped in SK's

[Juvenile]
Stay from 'round here, I tell ya.. these niggas ain't cool
Ain't no love for outsiders, everybody's a fool
We be duckin' off in the hallways.. and in the cuts
Gettin' the f*ck when ATF is pullin' up
People in the projects say, "Them niggas ain't shit"
They hustle all night for brand new outfits
You're f*ckin' right... that's how it is on the block
Real duck T-shirt, 'Bauds, and ReeBoks
Camouflage around the neck and the dome
f*cked-up attitude totin' a chrome
Fighting for weed, nigga ain't ever goin' home
Tryin' ta get it how he live with a bundle of (?)
We ain't tryin' ta see the jailhouse
But if we do we hope we be able to bail out
Know what I'm sayin', lil' daddy
We need a lick, come up in the whole brick
Kick in a nigga door and punish the whole clique

[B.G.]
Come through the hood where ya hang with a K, and when I see ya What I'ma do to ya, I know I wouldn't wanna be ya
Split your head in half, nigga.. leave ya stressed in the street
Hit ya everywhere in your body but under your feet
I play it raw when I'm in beef, I'm a Hot Boy that's heat
Get it how ya live is how it is where I be
f*ck a nigga's how I feel, no nigga steppin' on my toes
Without feelin' !BLOCKAH! !BLOCKAH! from four-fours
I'm a dog, with a gun in my hand I cut loose
You're on the other end of that pistol, it's on you
Get hit up.. chopped up.. did somethin' awful
Zipped up, boxed up, put straight in a coffin
Ain't part of my clique, f*ck ya nigga
Don't please me
I don't love ya nigga, you're no good, playa
I don't trust ya, nigga
To me you ain't nuttin' but a bust nigga, what 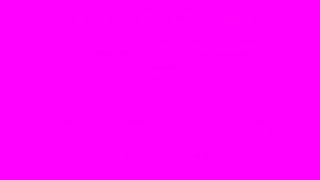