To the beat y'all, and you don't stop
Rock the rhythm that'll make your finger pop
Ah to the tic toc, tic tic, tic tism
Live and direct is the rebels of rhythm
On your radio, turn up the stereo, cause it's working

Well I'm the coolest of the cool and they call me Akil
Hip-hop fanatic busting lyrical windmills
And I'm the international king of all things
Creates the ill scene shades for Robin to bring
I'm funky fresh, I got style and finesse
And if the roof's on fire put the pen to the paper
A fade with the J it's the live motivator
And from shore to shore and from sea to sea
And everwhere that we go we're in the place to be

Now the world don't move to the beat of just one drum
So it might be right for you, it might not be right for some
So come one, come all (hey) big or small
Cause I'm guaranteed to rock y'all out of your drawers
Biting MC's always get lockjaw
I'm not Volume T, but I'm harder than all y'all
And just in case you forget the way we will be rocking it
One time prime time flowing with the fatness
Many shades of skin cream, hip styles of blackness
Match this, never practice makes perfect
Sharp like the edge on a blade that's curved
Serve this? Yes, but only when fresh
So you don't have to guess the R-E-B-E-L-S
Dip dip diver, socializer
On the rise, the committee's wiser and will disguise the truth
Of the matter we're sick of the idle chatter
The data we pitter patter we'll splatter just like a platter Infected uncontrollably, follow me, come on go with me
Cause you know it be Tuna and Marc 7even
Heaven does await us, put here to sedate us
Make us in His image with with ?glimmage?
Never perfect we're tripping, by a force unseen
But we divulged its presence, so this rap goes back to the essence
Lessons have been written from the end, but you're soon to see
Kalil in community, rebels of rhythm unity

Yeah, and you don't stop
You got the rhythm that makes your fingers pop [Repeat 2x]

I'm independent, good to the limit
Never in my life been to the VD clinic
Salute me but I'm not a lieutenant
Down with Nu-Mark and my man Cut Chemist
My name is Marc 7even, yes indeed
And ain't another MC that can touch my tree
Down with unity and the rebels three
Grab the microphone and release your seed
And the formula for me to get bent
And the spot was never hit if I didn't leave a fingerprint
X the fact with colonial combat
Eating steak and other shit in the house of wax
And uh like ?? don't ever think of jacking me
Never gun-packing because that if I like to begin
With not a dimwit angry over somewhat (why?)
Brothers keep holding me back, I'm about to go nuts, man 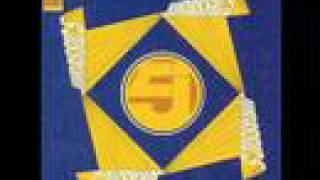