[all]
We be the crew, guess who, the Jayou
R-A-double-S, I-C, we're
in the place to be, it don't stop
We got the rhythm that makes your fingers
snap, crackle, pop pop, fizz fizz
We're known to give a show plus handle our biz-ness
Stress, we'll destroy
We're known to make noise as the original b-boys
in the flesh, greater to the depth
Creates the ill scenes when we manifest, yes

I feel the vibe
I feel the vibe too
Cause it's the butter from the crew
CAUSE WE ORIGINAL, WHO
Wanna tussle?
Flex for the muscle?
WHILE WE KICK THE STYLE THAT BUSTS YOUR BLOOD VESSLES
With the rhythm
The ninety-six stylism
PICK UP A PILL AND FEEL EM KILL EM WITH YOUR VOCALISM

Yeah, I shoot the gift puffin another cold spliff
Fools are coming quicker than Anna Nicole Smith
Malginant metaphors and ganja stay herbs
We conjugate verbs and constipate nerds LIKE YOU
I'm hear to end the conspiracy, fearlessly
So you can really see the real MC's AT HAND
I'm tuna fish on the stickshift
The eclectic hectic, desperate to set trip

And for the niggaz who feel, that they're 24-karat
Plus, the way you're livin get your undewater baptism
Believe it or not, it's the rugged and raw
Put a bullet in the head of four in Mount Rushmore

Yeah, release the beast from within, baptise gins Keep company with friends that repel sin
I'm out to win ain't no pretendin, f*ck the first amendment
My speech was free, the day that my soul descended

[all]
Earthbound, we might sound various
Some niggaz can rhyme, but they got no character
So we preparin you for war, don't give up the fight
You need to stand up for your rights

And grab a mic and get loose, produce the juice that keeps the head on
collosion with the New World Order opposition
Competition, none, there's only one in the universe
that knows the final outcome

We got incarcerated minds, men women and enzymes
Vibin off the rhymes sent from the di-vine ESSENCE
PRESENCE EFFERVESENCE, not to be contested
Some miss the message, GO AHEAD AND BLESS THIS

Be be causin ramifications, physicians
sendin brothers on grammar vacations, if they don't listen
Competition, bustin shots on people basin
But we can delete constipation

[all]
Jurassic, 5, MC's
And we got the cure for this rap disease
So come on everybody let's all get down

Cause I'm down by law and I know my way around 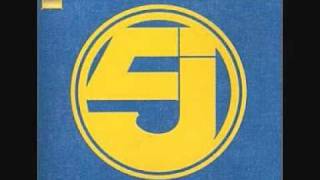