[Verse 1: Dave East]
I saw niggas get that bag in my city, figured I needed two (I need it)
Listen to my gun, I ain't ever ask, "What would Jesus do?" (Nah)
Trap until we see the sun, play Vegas for a week or two (All night)
Bandana on me, I told [?], "This from me to you"
Get hit and [?] die, padded cells in the mornin'
Bricks after five, watch the Knicks lose and still act surprised (Rip)
You never drove outta town to get a bird?
Had a hitter half your age to put 'em down, just get a word (Boom)
Santana f*cked my head up with them diamonds and that bird
Back like cooked crack hit the trap and I was rhymin' every word
I heard niggas never voted heard Obama and they curved
Diplomatic ties, it's a code of silence you could learn
If you rap you might get head tat, if I get it confirmed
I'm Ice Cube when he got rid of that Perm
Watch and learn
I bet they love it when they hittin' shit
Fendi, Prada, Gucci now, I used to be Polo to the ground like it's 55th (Whoa)
We probably the flyest niggas out (Flyest)
Designer on the mattress, designer on the couch
Called Elliott, pick up a couple diamonds and I'm out
Run off on the plug? Never
Know he got it in the drought (Never)
Now I had to been a bag that got me out the house
These niggas can't be on my dick 'cause it's probably in her mouth
I grew up in the trenches, they'll rob you 'cause you out
I had to get up off them benches before my mama cussed me out

[Chorus: Juelz Santana]
Diplomatic guys, we got diplomatic ties
Diplomatic plates on them diplomatic rides
Stamp a bird on the brick, that's them diplomatic pies
Flyer than a ribbon in the sky, sky-high
They don't want no smoke, man, these niggas know the vibes (You know the vibes)
When real niggas outside, stay inside
We decide the outcome: Who survives or who dies
So you fake niggas don't wanna collide, be advised

[Verse 2: Juelz Santana]
Money over fame, that's the rules we abide by
Loyalty is priceless, you can't buy mines
You would think my tongue got wings the way I pop fly Bust down the watch just to show 'em how time fly
Offset the rims, now the car look lopside
Shorty let me nut all in her face, now she cockeyed
Always been a fly guy, Mike Amiri Tie Dye
Flexin' with this green, Spinch, Popeye
I been in them hotspots way before WiFi (Facts)
All my jewels drip, let a fool trip (Fool trip)
My goons move quick, make the mood shift (Mood shift)
Put 'em in pocket with the pool stick (Pool stick)
Or sweep 'em up with the broomstick (Broomstick)
Sound echo through your block like acoustics (Bap-bap-bap)
We don't say shit, we do shit (Do shit)
My niggas comin' with the toolkit (Toolkit)
Flag red but I stick to the blueprint

[Verse 3: Jim Jones]
This penetration rap, ain't no generation gaps (Facts)
I done been to places back when they was generatin' crack (You hear me?)
Took trips outta town when not too many make it back
You come up short, you get applause when that semi make a clap (Bang bang)
I climbed the ladder even dined with the higher-ups
I'd rather eat with the ghouls than the tie-you-ups
Niggas standin' on this earth that as fly as us? Eh eh
You'd probably be surprised who admire us
Don't flatter me 'cause imitation is the best form
You let 'em put a battery in your back until your chest torn (Stupid)
Don't talk to me, bitch, gotta fill out a request form (What's your name?)
Luxury jets then we hoppin' in the best foreign (L.A., what up?)
Not to mention these few pounds that my neck on (Chunky)
Heated floors every time a nigga take a step, warm (Chilly)
Ready for war so every time that you step wrong (Loaded)
Make a text to the rec room, get you hit up in the next dorm (f*cker)

[Chorus: Juelz Santana]
Diplomatic guys, we got diplomatic ties
Diplomatic plates on them diplomatic rides
Stamp a bird on the brick, that's them diplomatic pies
Flyer than a ribbon in the sky, sky-high
They don't want no smoke, man, these niggas know the vibes (You know the vibes)
When real niggas outside, stay inside
We decide the outcome: Who survives or who dies
So you fake niggas don't wanna collide, be advised 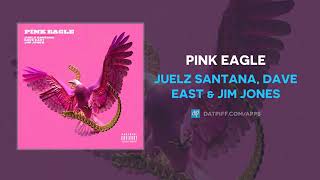