[Intro]
Nah
Yeah, yeah leave the hissin in, Don't take the hissin out
We gon keep this one all the way gangsta
I mean, you mutha f*ckas don't realize, how real this shit is man
I mean, people always gonna try and get over on you
But protect what's yours, protect your family, protect what's right
Ya Dig!

The story starts off, lil boy black in the ghetto
No matter what he does it's back to the ghetto (ghetto)
No choice but to adapt to the ghetto
So he adapts the ghetto
Yes, the crack and the metal
He takes no days off, for gettin his cocaine off
He ran back and forth so much he pissed Jose off
Now Jose was the cocaine boss
Straight from Columbia, his cocaine soft
But Jose was out f*ckin his sister
Hittin shorty off cuz' he had love for his sister
But shorty had no love for his sister
cuz' sister would sniff up everything Jose gives her
But shorty had a plan for them both
Plus he was good at handlin coke and Jose liked that
Problem was, he was pitchin for the dudes down the street
You know, CJ, Big Boo, and Melek
Now Melek is a killa, Boo is a killa
CJ well, he's just anotha nigga, but
Despite the fact, they didn't like the fact,
that he was close to Jose and he might just rat
And bein that, he was a pitcher there, he ain't a winner there
They set it up to get him there and hit him there
But shorty was smart, so before they gotta
load up and spark, he said hold up my heart, please,
then he said Please, look up in my bag, It's cook up in my bag, it's all good up in my bag
And it's more where that came from
It get it from Jose, believe me, it's more where that came from
He had a lost and the game won
They let him go, chea, thinkin he would tell them know
where Jose was keeping the heavy coke
But instead he told Jose about that
And we all know Jose bout that
Next thing we know he seen Jose slouch back
In the chair like it's no way out that
He said shoot em Ima blow they house back
Next day Jose sent the 2-way uptown
and somebody blew they house down
Jose think shorty on his side
But he don't know shorty on his side
So shorty called Jose, like listen, it's going down, I need more cocaine
So they met up,
it was a set up, Guess who? CJ, Melek and Boo sped up
You seen the look on Joses's face
Like you never seen the look on old man's face, told him no man's great,
and it's no man's place, to f*ck with no man's fam
Then he said, where's my sister before I kill you (ha, ha)

[Outro]
The story's over man (over man)
They all kinda end like that man, ya dig
You see, I told this story because I kinda feel like, every hood, everybody, everybody gotta lil boy fresh and them somewhere
Weither it's right next door, across the hall
Up the block, down the block, around the corner
I mean, you see, you see we all see the same shit, just through diffent eyes
You surprised? Don't be man, It's just real shit
Holla at ya boy dipset, AYE! 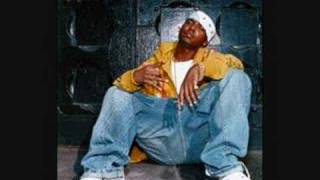