[Intro: Meek Mill]
(Scram Jones)
Free my nigga Juelz, real dripper (Barnes)
I was on a jail call, he was in jail, I was in jail twenty-three and one
I told him, "Hold your head, nigga"
"You'll be back soon," Meek Milly

[Verse 1]
Locked in the cell, twenty-three and one (Yeah)
Sittin' up in jail, hopin' freedom come (Yeah)
Worst part about it, couldn't see my son (Woah)
Or my daughter, they too young to know what's goin' on (Damn)
My oldest son hit me like, "Hold your head" (JuJu)
Said, "I'm prayin' for you, Dad, wish I could hold your hand" (Damn)
Brought tears to the eyes of a grown man (Yup)
Then he said, "Don't cry, this is God's plan" (God's plan)
Hearin' that did somethin' to my soul 'cause he only fourteen years old, woah
Crackers tryna fish fry a nigga
Told 'em, "Shit, if it was my gun, it would've been bigger" (Facts)
Not no two-shot .38 bullshit (Nah)
Would've been an FN with some blue tips (Ah)
And them two stock twenty round full clips (Bah)
Let them niggas know I'm still with the bullshit (Blah, blah)
I spoke to Meek on the phone (Yeah)
He doin' great, soon come, he'll be home (Welcome home)

[Interlude]
They hit me with the same charges, state and federal
Which, they really couldn't do anyway
You know what I'm sayin'? It was either one or the other
So my lawyer explained, he got the um, state
This shit nutty, ain't it? This shit is not for no niggas like us
...Your call in three minutes
I got like three minutes left
What you said, though, bro?
I said this shit ain't for no niggas like us, man
This shit nutty, ain't it?
Not at all

[Verse 2]
They prayin' on our downfall (Keep prayin')
They wanna see us out there bustin' rounds off
So they can lock us in the pound like some hound dogs
But we kings, they can never take our crowns off (Never)
Try to tell me take the cracker box off the light (What?)
I'm like, "Why? These crackers always blockin' niggas' light"
As for your friends, you out of mind when you out of sight (Facts)
Most of them niggas, they won't even write (f*ck 'em)
Shout out to Snags, though, I can't front (Nah)
I got his letter, wasn't even in a full month (Snags)
Yeah, shout out to Moody and O-Brim (Brim)
They had us all stuck in that bullpen (Yeah)
Eatin' processed bologna like it's Ruth's Chris (Woo)
While them feds takin' cases, tryna roof shit (Woo)
Tryna carry hella niggas, crackers ruthless
They got my name in they mouth like a toothpick
Gotta be mindful of everyone in sight now (Everyone) Niggas ain't rats, they mice now (Mice)
They snitchin', they ain't even get a charge yet (Wow)
You won't even know they had police contact (Wow)
And I ain't need nothin' but what niggas owe me (Nothin')
But true colors, that's what you niggas showed me
Niggas always frontin' for the 'Gram (For the 'Gram)
But they ain't doin' nothin' for they man (For they man)
But I was taught to get it out the mud
Take somethin' from me, I was taught to get it back in blood (Blood, nigga)
I'm tired of givin' and not gettin' back the love
How did I not feel the fakeness in they hugs? (How?)
Probably 'cause I was numb from the drugs
My girl tried to tell me what it was
I was blind, she was tryna open up my eyes
At the time, I thought she was hatin' on the guys (Nah)
Little did I know, to my surprise
They was hatin' on me the whole time (Why?)
Gotta grind, gotta grind (Grind)
Time to take back what was mine (Was mine)
Like the stars, real ones will align
You fake niggas runnin' out of time (Out of time)
Gotta shine, gotta shine (Gotta shine)
Can't tell 'em too much 'cause they might drop a dime (Try to snitch)
Gotta watch who you talk to, these niggas hot (Hot)
Do anything to get less time than what they got (Man)

[Verse 3]
They like, "Kimbella, why you be at all the shows?"
'Cause my girl rode harder than some niggas I know (Woah)
God told me to forgive what they do (What they do)
But don't ever forget how they move (How they move)
That's a lesson and a blessing sent to you (You)
Only you, man, these niggas ain't true (True)
They ain't you, man, these niggas be confused (So confused)
We all here to be used, not misused
Hearin' that f*cked up my head (Head)
Realest shit a nigga ever said (Yeah)
Eighty told me that cuffed to the bed (Eighty)
Shots in his back, f*cked up his legs (Damn)
When you don't need nothin', niggas ask you what you want
But when you need somethin', that's when them excuses come (Yup)
Hah, LOL, niggas full of them (Yup) 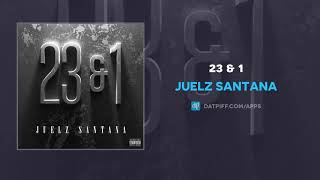 check amazon for 23 & 1 mp3 download
these lyrics are submitted by itunes3
browse other artists under J:J2J3J4J5J6J7J8
Songwriter(s): Juelz Santana
Record Label(s): 2020 The Dispensary
Official lyrics by