There was a Pearl at the bottom of the sea.
He was a diver like you and me
from a little village built on the sand
where the people had nothing but faith in the Lord's hand.

In the far-away near, the Pearl was always there,
floating like a dream or like a storm in the air...
and the Pearl grew bigger on the people's despair.
When the divers went to dive they prayed the same sad prayer.

"Oh, God, help me find it this time.
When I hold it to the light, how the Pearl will shine."

Early one morning, fates changed everything,
Zandro's baby boy felt the scorpion's sting.
The town doctor just sent them away,
"Poor people like you got no money to pay."

In Maya's arms, her baby just cried,
while Zandro heard the Pearl's song pounding louder inside.
Into his boat he put his wife and child
and paddled out into the ocean wild.

Evil on evil, sin on sin...
the whole town's hunger started closin in.
The priest came from the churchyard to show his deep concern.
The doctor came to visit, now there was money to be earned.

His child got better despite the doctor's pills
whose plan it was to fake him sick, then pretend to heal his ills.
And Maya said, "Let's throw this pearl back to sea. I do believe it's wicked, it'll curse our family."

With knives they came to steal his precious prize.
Zandro killed beneath the starless sky.
With blood-stains on his hands they had to flee,
but some crushed his boat, so they couldn't go by sea.

They fled into the mountains by moonlight.
Three hunters close behind them through the night.
Then high up on a rocky mountain side,
Zandro found a cave for his family to hide.

He spied the hunters camp and wainted 'til they slept.
With his knife strapped to his back, down the rocks he crept.
Silently for hours, 'til he was almost there,
then just before Zandro planned to leap into the air,
high up on the mountain his child made a sound.
A gun went off, the song of eveil echoed all around.

Oh, Zandro killed the hunters
but it was all to late.
One bullet in the darkness
sealed his child's fate.

Maya took her baby down to the sea
with Zandro by her side, not beleiving such a thing could be...
that his child would never waken fro his sleep.
Then Zandro threw the Pearl with all his might
and gave it back to the deep.

There was a Pearl at the bottom of the sea.
He was a diver like you and me...
Explain lyrics
Correct lyrics 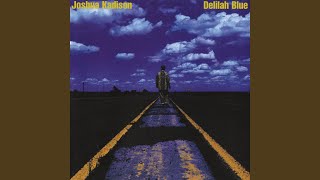