(Real MC on the mic, 1, 2. Real MC on the mic 1, 2. Real MC on the mic
1,2. Real MC on the mic f*ck, you!)
I tried to do it your way,
Now its f*ck the world, this the foreplay,
Now they like give me more like a whore say.
I’m coming for the championship,
They know the games won from game one,
I’ve been fighting all my life watching fake niggas change like shang
tsung.
The flow’s stupid but he ain’t dumb,
Head strong as 8 tons, defeat them so they can’t run.
And the snakes tongue gets chopped off and doused with hot sauce,
Spittin that venom at me, and I roll with niggas that’ll knock your
mouth off if you mouth off.
Take a pause for the cause,
I got bars that’ll make your jaws hang down to your balls and make your
team not wanna get involved.
I wanna make them flashback to Biggy and Pun,
It’s my job to give them fire that’s why they hired the sun.
I guess that’s why they always said I had my head in the clouds,
Married to the game as I recite my vows to the crowd.
Be in the fight soaking wet still won’t throw in the towel,
Is you a sheep or a wolf, now you hearing me howl, mother f*cker.
(Real MC on the mic, 1, 2. Real MC on the mic 1, 2. Real MC on the
mic 1,2. Real MC on the mic f*ck, you!)
The game is lacking passion,
That’s why when I hit the stage it’s an immediate reaction.
They know it’s more than just rapping. They insecure when I spit, they ain’t sure of their manhood,
It ain’t hype when I write, they right, I’m just that damn good.
I write, I produce and spit the truth in the booth,
So shit if I was you, I’d hate me too.
Before your eyes I see 40 skies that said I wouldn’t blow up.
It’s like I don’t get shit, and get your ass tore up.
Then show off, they hit model chicks with more hooks,
No talk, strait to the tele, then beat it up like Nikita Koloff.
They hating as if that matter,
WWE when they see me, how these motherf*ckers jack swagger.
Try to ignore me but enough is enough, but I guess,
Shit ain’t a problem till the toilet won’t flush.
Smarten up with your dumbass,
Hittin the G-spot how my money cum fast.
Is it you or you confused nigga?
You can’t beat me cuz you spend more time thinking about me losing
than you do you winning.
Should be a crime to be so wise in these lines giving knowledge to the
minds of those who try to plan my demise.
They’ll probably have better luck if they just study my rhymes.
Try to stop, they can’t but I’m having fun watching them try.
And to the niggas I contend with, this what imma end with,
Can’t lose sleep over haters when I ain’t sleep to begin with.
…gone… 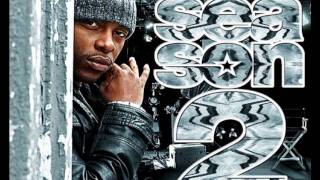 check amazon for The Boom Bap Symphony mp3 download
these lyrics are submitted by JaySpliff
browse other artists under J:J2J3J4J5J6J7J8J9