Hootie and Martha on the Number 1 tee
Martha says to Hootie, "It seems to me
"In this day and age wouldn't you suppose
"You could have a woman on your membership roles?"
Hootie says to Martha, "Put away your bayonet
"There's something fundamental that you girls don't get
"We're a private club, we don't have to agree
"With the rules of the 21st Century"

Hootie and Martha, number 6, par 4
Martha says to Hootie, "C'mon open up the door
"There's Anika Sorensten and Sandra Day O'Connor
"To have either as members would surely be an honor"
Hootie says to Martha, "You just don't understand
"It's not about whether you're a woman or a man
"It's about privilege, connections, money, class
"And if you fail to get, you can kiss my Titlist."

Hootie and Martha on a long par 5 Martha says to Hootie, "I admire your drive
"But it looks like you ended up way in the rough
"The game that we're playing is getting mighty tough"
Hootie says to Martha, "You can have your demonstration
"It's your right in a democratic nation
"But here at Augusta we're tired of that crap."
Then he found that he had landed in a very deep trap

Hootie and Martha at the 19th hole
Martha says to Hootie, "It's out of your control
"One day soon change will come to this place
"And there's only left a little bit of time to save face."
Hootie says to Martha, "I'll take that chance
"To show all the world we still wear the pants."
Martha says to Hootie, "You're heading for disaster
"But I guess now we know why you guys are called The Masters"
Explain lyrics
Correct lyrics 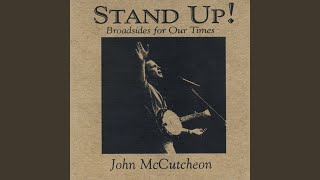 check amazon for The Masters mp3 download
these lyrics are submitted by gsba3
browse other artists under J:J2J3J4J5J6J7J8J9
Record Label(s): 2010 Appalseed Productions
Official lyrics by