Recently, I was compelled to tell the tale of two men
Not long ago, in a club in the dead of winter
They'd come into conflict, over mistaken identities
Brought forth, by the pursuit of a woman
She ultimately became the scapegoat for an ego-maniacal environment
There are two sides to every coin, as well as every story
Balance, is a way of life...Be it for better, or worse....

In peace, live by the sword
God Is love, God Is War
Most cats out on the streets don't know what they're fighting for
Buckwild, despite the law
And nobody like to run
Hit holders with shoulder chips up in the club
Yo, that's the wrong man money
and you rubbed his bitch
And that man make money, have you seen his clique?
Every member flying iron and their knights with it
You feeling pressure, like a black where only whites can sit
Well you ain't want a situation , but you've got one here...
You don't want to see the bin, you've been out on year...
How you trying to play it off up in this club if you dare to
You walk beside the mix, and your mens ain't near you
You want to holler names, knowing well that they won't hear you
And this nigga here really got to learn to fear you
You're feeling your conceal knowing that you've got to tear through
In their room,
holding onto life like an heirloom!

Hey yo my back is on the wall And I pray that god bless you
I'm running out of patience, and you're blatant disrespectful
My crew never played, we was babies getting paid
Spots locked from Coney Island to the Brooklyn Promenade
Took lives and stealing I.V.'s, very few niggas like me
The Devil in your midst, and what you don't know could hurt you
My squad terrorize everything outside their circle
Shit! These mens are worse, and they all is thirst
But it's more than just the woman, my respect comes first
Man I, burst buffoons when I curse with coons
If you survive, may your Mother come and nurse your wounds
Only to, catch it again
Rule one, no friends
This club shit'll make you careless
My burners leave you airless (Yeah)
Seconds away from your last day (from your last day, seconds away
everyday, all day)

Well, like my pops said, "you play, you gotta pay"(True-true)
I dig your sham, but my man's on the real (But who you?)
My sons put me on, and I heard of the name
But you got 1 second left, out of 5 for fame
Though outnumbered, I want it
You the hunter, getting hunted
By a younger predator, if you want it
And son if it come down to the wire, and my mens ain't 'round
we gonna do what we gotta, 'cause I can't back down
It's too late now, expect you, when your man through
A little verbal attitude, and I found that rude
Now what to do? I know your crew, and each one got stripes
But I'm young see, and one thing you not -- Hungry!
It's either or, in the game from the door
Lets see who'll be the first to find the floor! (That all!) 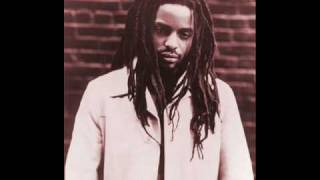 check amazon for God Is Love God Is War mp3 download
these lyrics are submitted by kaan
browse other artists under J:J2J3J4J5J6J7J8J9
Songwriter(s): John E. Forte