This song appears on two albums, and was first released on the an evening with john denver album as a live version, and it has also been released on the changes album. this song is also referred
S saturday night in toledo, ohio.

Saturday night in toledo, ohio, is like being nowhere at all
All through the day how the hours rush by
You sit in the park and you watch the grass die

Ah, but after the sunset, the dusk and the twilight
When shadows of night start to fall
They roll back the sidewalks precisely at ten
And people who live there are not seen again

Just two lonely truckers from great falls, montana
And a salesman from places unknown - ces unknown Oh add all together in downtown toledo
To spend their big night all alone

You ask how I know of toledo, ohio
Well I spent a week there one day
They've got entertainment to dazzle your eyes
Go visit the bakery and watch the buns rise

Ah, but let's not forget that the folks of toledo
Unselfishly gave us the scales
No springs, honest weight, that's the promise they made
So smile and be thankful next time you get weighed

And here's to the dogs of toledo, ohio
Ladies, we bid you goodbye 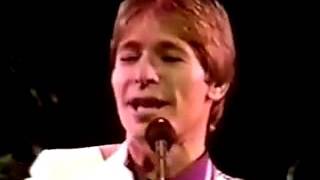