[Verse 1:]
Yo, I'm sick of the lack of respect that I get,
From these cats who think that they pose as a threat,
When they don't even know me yet,
They try and put me to the test,
Thinkin there on top of me, Cause they got a bigger chest,
But I just sit back and let 'em guess, have 'em wonderin what I can do to 'em next, they don't know what to expect, I'm tellin you now, it's not about success, it's a fact we've all been blessed from the man upstairs, but nobody cares, there's people so quick to judge, can't even walk the streets at night without being mugged, how can one fight turn out to homies gettin slugged, it seems like we forget whos watching us from above, some dudes are heartless, that's why we've lost so many rap artists, it's garbage, they never think of there sons and daughters, now they've got to grow up with a father to love, god bless the memory of Tupac, Notorious, Jam Master Jay and Bugz

[Chorus: x2]
It's time that people started to show a little respect,
We all love hip hop, we all represent,
We only have one life, and we should live it to the end, we should all have the opportunity to do our best

[Verse 2:]
What's up with hip-hop, it's like we gotta get props, give us some props, It's gonna get dropped, it's a serious problem we got,
When this lack of respect, leads to death by gun shots,
It don't happen in Australia yet, how long have we got?
Before we all gotta be hardcore, when we start wars,
When beef jump off the beat, come to your streets and all,
When peeps knock on your door and force to the floor,
Put a gun in your mouth, blow your brains out all over the wall,
Cause we all want this respect, don't disrespect us,
It's like we all gotta prove that we the best, this just don't makes sense,
We all paranoid and stressed,
We aren't running from coppers, we run from each other instead,
How long before an aussie MC dead,
When an old friend
Gets this crazy idea in his head like your trying to test,
Pulls out his weapons and uses them,
We gotta settle down before Hip Hip starts getting stupid man

[Chorus: x4]
It's time that people started to show a little respect,
We all love hip hop, we all represent,
We only have one life, and we should live it to the end, we should all have the opportunity to do our best 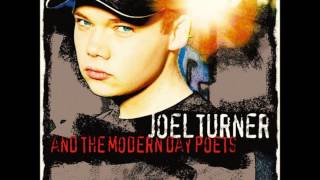