What you can see is something you saw
When you were a little girl
Some picture passed by the Hays Commission
About a prairie and a Kansas whirl
It's true I didn't have a part in it
I was working out at Disneyworld
Dressing like a duck, not giving a f*ck
Baby you can dream it's a pearl

With me, it'd be Charlie Parker, Chevys
And late night barroom brawls
With real or imgainary friends and enemies
Who strike their heads when they fall On the chassis of a classic Bull Nose special
That adorned our livingroom wall
Nobody'd be disappointed, if you're the one they wanted
Blazing out across the waterfall

Suppose I should drag my stuff on out
But I don't like the memories
Found a pint of brandy on top of the fridge
And it's working like an antifreeze
So California is running short of water, oh
The magazine turns in the breeze
It's the bargain of a lifetime dreaming of gold
Baby look in the trees

It's gonna be so beautiful
In those Leopardskin Limousines
When they spread you out in white
All over Harpers and Queens. 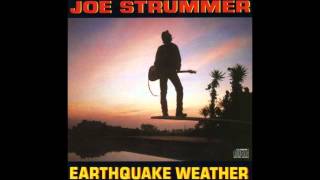