Fresh up out of jail
To the streets to the booth
Only Lord knows all the shit I've been through
Fighting every day, I ain't tryna to be here
Got enough to change the life
So I remember what I did
Can't ever save my cross can only hold what I sorrow
I'm living for today so ain't no time for tomorrow
Doors open up, feel the pain in my glory
This ain't no 'nother rap song
This a real nigga story

Let me tell you I'm back to the spot on the dealin
Where everybody hussle hard 24/7
Before I was Moses, before I was rappin'
Just another bad ass kid really really trappin
Mama kicked me out she didn't like how I was living
It's just me and my bitch and my bitch ain't real
neither
But that's another story, focus on the realest turn to
into now
Real niggas gotta feel this
Daddy was in jail had the yale for the ale
My homies at the block but you can always get the pill
Uncle not around, case still in jail
But niggas can't judge me I'm living how I feel
Frank you really grinding you said he got a plan
He said he got a chy town niggas tryin' to expand
I only got 5, he said he got 10
They only want green, I told 'em low the van
Red said f*ck it put this money in pie
Frankie got a plane ticket then we shift it off the
block
That was old too, this shit don't stop
But Frankie touch down swear he had it on lock
Frankie got caught, and chy don't play
Taught my nigga up the hoes showed em where he stay
Trick a hundred racks they send 'em on his way Tied the bitches up and poured some gas on his face
Damn I was stuck, really on my cash
And then I got the news that I might be a dad
A nigga f*cked up, I'm living on my last
The stress that we on he got a house we can pass
Me and puzz beacon so I didn't see my brother
Only in the hood tell my mama shit ,I love her
Hit my first house, we ballin' we be back
It was me and Boo crew and my nigga little yack
Breaking into houses, some niggas call it flocking
White on white lex, them hoes think we poppin'
On in the club, blowing money fast
The second time I passed baby stress bought a jag
Whole team on, murder M Coupe
Baby act ride, bluzzing chris moving
Had a real movement, niggas on them deuces
Family over bullshit the streets gotta salute us
Salute how we came at the f*ck the streets up
We all blow money we don't really give a f*ck
Headed up the highway tryin' to get clear
Hit 5 ounces I went to jail for 10
The bail said 15, but really it was jail
All the way up pay 500 grand
Damn we were stuck, where the f*ck the cash at
Just set 26 years I had to laugh at
Out of my luck, who the f*ck to hit
Angelo was gone, probably sucking dick
Mama had a lawyer, brother came up
The only ones accord every day I'm chained up
Did 2 years straight frighten on my case
Just get me 4, trick the deal I ain't racist
4 years passed, f*ckin shit I'm back
Swear to God I'm living, ye
I'm back 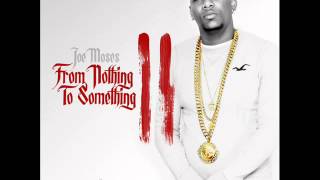 check amazon for I'm Back mp3 download
these lyrics are submitted by kaan
browse other artists under J:J2J3J4J5J6J7J8J9
Record Label(s): 2013 All Out Bosses Ent
Official lyrics by