Be advised, this kid is on his grind
If greatness is what'chu seek, I'm the nigga you will find (me!)
I'm lyrically inclined, rap's like catchin' a fish wit' no hook;
You can't get 'em on the line.
Givin' a little time, Jersey City will prevail
The writtens I'm spittin' sound like I'm fishin' for a whale.
(Uh-huh) Of course I'm sicka', my flow off the Richter
I'm forcin' niggas ta' get up in the Scale.
I gotta' excel, so I sell Ecs.
You're like Nextel, who you gonn' tell next (who)?
Can't grind off packs 'cause y'all watchin' 'em
I ain't seen a dime off rap 'cause y'all droppin' 'em.
I go hard on tracks, think of the buck from it
An as far as rats, I hope the f*cks from it (fall).
I like ta' mix karate wit' gunplay
So all you dumbf*cks get nunchucked an' gunbutted.
The opposite of what'chall embrace
The game wants lames that'll march in place.
I'm one of the last from the Garden State
That spit like he in a jungle goin' hard wit' apes, nigga.

Comin' up, used ta' grab the pound for a dollar
Overseas now, prefer the pound over the dollar.
f*ckin' wit' that water, you get drownt' somethin' proper He act like an inmate, but sound like a scholar.
I mean... hoppin' out chain danglin', poker grill
Sober still, except for an occasional dose of pills.
Show the steal, all of it 'till it's overkill
For Oprah bills I'll turn this bitch inta' Cloverfield! (Nigga!)
I understand why niggas ain't try'nna bond wit' me (why?)
Fresh as a f*ck, ay'day is like the prom fa' me.
Rappers ain't fond of me, f*ck them! My ma' should be
The game's fixed anyway (an') you could ask Tim Donaghy.
I'm on some all kinda' weed, sleep where the Piraña's be
An' honestly (fa'real), I'm ay'thing dudes is try'nna be.
I get money an' haul off (now...)
While they at rock bottom, the poor guys can't even fall off.
(Joey!) I'm all Spartan, avoid ya four sparkin'
'Cause ay'thing is funny 'till a nigga's George Carlin!
Not greedy, I jus' want a fortune of the fortune
If all rappers do is record, why would I call 'em?
Look, I ain't heard of that (naw!)
An' these hater's Killin' Me Softly, but I don't mind takin' on Roberta's Flack.
I'm known ta' 1-8-7 murda' tracks
Go an' tell whoever wanna' know The King of Jers. is back. 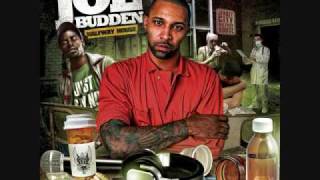 check amazon for Overkill mp3 download
these lyrics are submitted by Thoro'Bred [Meaning Of A God@AIM.com]
browse other artists under J:J2J3J4J5J6J7J8J9
Record Label(s): 2008 Amalgam Digital, Inc
Official lyrics by