All in the merry month of May
When the green buds they were swelling,
William Green on his death-bed lay
For the love of Barbara Allen.

He sent his servant to the town
To the place where she was dwelling
Saying "Love, there is a call for you
If your name is Barbara Allen."

She was very slowly getting up
And very slowly going,
The only words she said to him
Were "Young man I think you're dying."

"Don't you remember the other day
When you were in town a-drinking,
You drank a health to the ladies all around
And slighted Barbara Allen?"

"O yes, I remember the other day
When I was in town a-drinking,
I drank a health to the ladies all around,
But my love to Barbara Allen."

He turned his pale face to the wall
And death was in him dwelling;
"Adieu, adieu, to my friends all,
Be kind to Barbara Allen."

When she got in two miles of town
She heard the death bells ringing:
They rang so clear, as if to say "Hard-hearted Barbara Allen!"

So she looked east and she looked west
And saw the cold corpse coming,
She says "Come round you nice young man
And let me look upon you."

The more she looked the more she grieved
Until she burst out crying
"Perhaps I could have saved that young man's life
Who now is here a-lying."

"O Mother, O Mother, come make my bed
O make it both soft and narrow,
For sweet William died to-day
And I will die to-morrow."

"O Father, O Father, come dig my grave
O dig it deep and narrow,
For sweet William died in love
And I will die in sorrow."

They grew and grew to the old church tower
And they could not grow any higher;
And at the end tied a true lover's knot
And the rose wrapped around the brier. 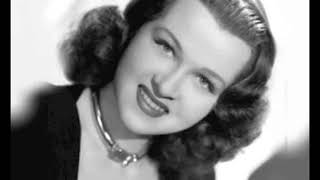