Yo!
Are you ready for some air ball throwin, free throw blowin, no look where I'm
goin, free style flowin? You are in my house baby!

Well it's
Tip off time and I'm off the tip.
Walkin to the bench and I sit.
Bite my lip, bustin out rhymes
Standin in line cause it's garbage time.
Cause I'm calm, I'm cool and I collected
Eighteen shots that got rejected.
I'm not Corey Feldman, I'm not Corey Haim.
I got a license to drive but I ain't got game.

Wear my socks high cause it makes me feel cool.
I don't know how to dribble, but I know how to drool.
People always say that I'm a basketball fool.
I got a little tiny hoop cold "floatin" in my pool.
Played my friend's dog on a twenty dollar bet.
I took him to the hole. I took him to the vet.
Shoot from the three every chance I get.
I call it in the air, nothin but nothin. [REPEAT CHORUS 2x]

[SPOKEN]
Okay, here's my chance. The open lane. Don't get nervous. Don't sweat.
Everyone's watching. You can do it, man. I mean, just dribble up. Don't double
dribble. Just dribble normal. Don't show everyone that you can dribble
super-fast between your legs like you do in your driveway. No, this is in front
of people on the court. I'm gonna go up in the air, I'm gonna dunk it as hard
as I can. Cause usually I'm on the other end. People dunking on ME. I'm used to
some 7 foot dude's "thingy" getting smacked in my face. I still got the bruise
to prove it. But I ain't gonna take that nickname "Dick Bruiseface" lyin down!
My name ain't Dick Bruiseface!!

Well listen up ya'll!
You know I'm not tall!
My name was never written on the bathroom wall.
I'm gonna say "What's up?!"
I'm gonna take the pump.
Cause I'm a moving pick, I'm gonna shoot some bricks.
So I huff and puff, I say enuff Z'nuff.
I'd rather watch Ahmad Rashad on the inside stuff.
Say! 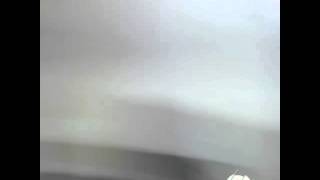