[Jim Jones]
Got this problem with these niggaz on the other side of town
Plus my little homey Pop-la-di he's a rider now
So you know he want some answers off top he ridin down
With them automatic weapons, load and fire in the pound (bang bang)
Hood devestated, prayin that they let him make it
Heard it 'bout the incident, it's crazy how he just got faded (it's f*cked up)
But it's better places, G's call it heaven's Matrix
Pray the Lord open up, they told me how heaven's gated (let a thug in)
Certified, decorated
Murder never hesitated, I heard it was premeditated (who told you that)
And my whole hood segregated
Harlem World's so small, but my whole ghetto dedicated (Eastside, Westside)
We was young, loose cannons
Shoot cannons, point aim, broad day, wherever you standin (f*ck that do it now)
We live our life as a G
Day and, night with the heat, rollin dice on the street
Now come on

[Chorus 4X: Jim Jones]
Do doves fly, when thugs cry?
Here's a story 'bout the trials and tribulations of this thug life

[Jim Jones]
Now, play the game, know the code, say no names
Fast life ain't no game, R.I.P. Baby Main
He was large in the game, slingin thangs
Shiny rings, diamond chains, he's a star in my hood (he was ?) All the cars, V12 by the hood
Had the jets, had the strip, had the power, he was livin that life
New whips every hour, it's a shame, in my hood
He'll be missed like the Towers in the midst of the prowess
Not to put his business out there (uh-huh)
But the kid'll make you think that Po Rich was out here (like '86)
And in these stories it mainly contain the lobby
About the young and the restless like Harlem's main {?}

[Jim Jones]
We light and chill, each night we would chill
Block number, fifty-{?}-seven, movin white for them bills
Stashin open rice for it stales, I tried to tell you
That my life is so real, they dog me in and bring me home nine-trey
Took the city on my own crime raid (N.Y.C.)
Invadin clubs, with brazy bloods (tell 'em)
Tell Peter Geisha what's up, back to the saga, when Light got killed
It's like one side of my life is killed, for real
And Chills turned state fed, couldn't deal with a state bed
But snitchin breaks the code, gotta lie in your made bed (you know the rules)
No sympathy homey, you gotta follow them codes
You get a thousand years of die in that hole (G's up) 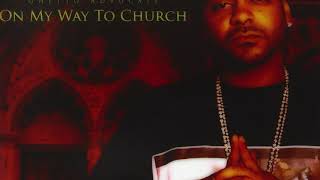