We didn’t know for sure, but everybody said
That ol’ boy ain’t right in the head, he’s a little slow
We’d hide in the bushes not making a sound
When he’d walk by we’d push him down on that dirt road
I was just as guilty as my friends
We had a lot of laughs at his expense.

Chorus:
He wasn’t like us, he wasn’t kool.
He’d just smile even while we were being cruel.
He stood out, he didn’t fit in,
But we kept throwing the stones, no, we didn’t let up on him.
He never said a mean word, no, he never even made a fuss.
He wasn’t like us.

Then the rumors started flyin’ that he was some kind of holy man
But we set him straight & told him to his face, he was a crazy man

Well, I remember the day he got in trouble with the law
They cussed him & kicked him & mocked him & whipped him And they nailed him to the cross

He wasn’t like us, he didn’t fit in
And I fell down on my knees & wept for him
He never said a mean word, no, he never even made a fuss.
He never did nothing wrong, all he ever did was love.
He wasn’t like us. 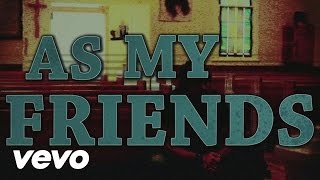