[Verse 1]
Feelin' this in this shit, that's right I'm in this bitch
Ya'll niggas acting like Young ain't never did this shit
Nigga 500 grams, rock solid, no shake
Call it Dave Chappelles, he wants his other half baked
You know I like to scramble mine, Waffle House style
Or leave 'em sunny side up and let 'em chill for a while
Not only have I done it, I did it, I lived it
Delivered it myself, yeah I'm making house visits
I'm praying while I'm driving, it's making me religious
In the head lights behind me, it's making me suspicious
And maybe I'm trippin', and maybe I'm not
Maybe it's nothing, just hope it ain't the cops, OK

[Verse 2]
I go there, get that and go back with that
And then I flip that, then send that right back
If it got 2 BANDS, it must be 5 stacks
So you owe 5 stacks, bring that right back
If it take too long, must be rerock 2 in the shoebox, nah these ain't Reeboks
I don't live there, I just cook there
Ain't nothing in there, but fish and cookware
Can't drop for shit, work that fork though
Lock up like whoa, Young like fo' sho
This shit right here, call that Come Back
Drop this 9 off, and I'll be right back

[Verse 3]
I don't know why these niggas tell lies
Ya'll know damn well he ain't flippin' no pies
All this bird talk, make me want some Popeye's
Ya'll getting no play off in my rides
Fake ass niggas, how dare you compare Young
Black Crown Vick, yeah that used to scare Young
My 6-2s come back like Frisbees
All these smoke fumes got me dizzy
They talk bricks, see, I'm just listening, yawn
Say, I'm just listening (Yeah!)
Hook might be tight, but that don't sound right
I sold Snow White and he sold no white 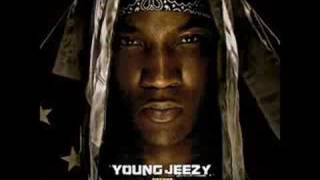