This is the gallant crew that rolled the big super fort, which carried the first atomic bomb to Japan. Piloted by Colonel Paul Tibbets Jr. of Miami. Carrying Navy Captain William Parsons of Chicago, who helped design the bomb, as observer. And Major Thomas Ferebee of Mocksville, North Carolina, who pulled the plug on Hiroshima. The B-29 dropped its load of atomic death, which exploded with a force equal to 20,000 tons of TNT.

The son of slaves, true, I started out as peasant (Uh-uh)
That's why I build my temple like Solomon in the desert (Uh-uh)
The Lord is my rock, I speed dial through salah
My trials in the fire, The Crucible made me hot
I glow like embers of cold born with a touch of gold
My mathematical theology of rhymin'll touch the soul
I spent many nights bent off woods
Clutchin' the bowl, stuffin' my nose
Some of the cons, I suffer from prose
My poetry's livin' like the God that I fall back on And all praises due to Allah for such a lustrious platform
The teachers of the Honorable Elijah Muhammad's my backbone
When I spit the children on the mothership bow on a platform
The true history of Jesus comin' to age
I wore a ski mask and glove to the masquerade
Uh, I got the Roc on my shoulder (It's the Roc)
Somebody should've told you, I'm a motherf*ckin' universal soldier

[Jay-Z:]
Back when Emory Jones was catchin' the fed charge
I knew less about who Chesimard
Although I'm Pablo Escobar
Thinkin' I was the last one Allah would lay his blessings on
I was tryna not to end up like Tony in the restaurant
Now I'm the general of the ginchy army
What don't kill us make us stronger, that's Nietzsche on me
Hot boy like I'm BG, that Fidji on me
We done ducked them fed charges, now we eatin' comfy
[?] said she
That guilt trip ain't gon' work, don't put your luggage on we
You ain't keep the same energy for the du Pont's and Carnegie's
We was in your cotton fields, now we sippin' on these, only 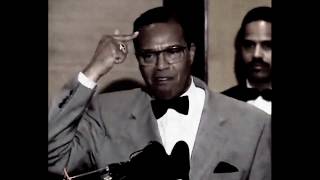