[Jay Electronica:]
Have you ever heard the tale of
The noblest of gentlemen rose up from squalor
Tall, dark, and decked out in custom-made regalia
Smellin' like paraphernalia
Hailin' from the home of Mahalia
His uptown smile was gold like of Frankie Beverly Day
His favorite song from Prince was not "Raspberry Beret"
It was "Sometimes It Snows In April"
He was brought up by the faithful
In the cage of every unclean bird, ungrateful and hateful
The legend of the clandestine reverend from the Bricks
With the master's grip to pull the sleeping giant out the ditch
And I ain't even have to wiggle my nose like Bewitched
I just upshift the 6, convert the V4 to a broomstick
Though I tarry through the valley of death, my Lord give me pasture
If you want to be a master in life, you must submit to a master
I was born to lock arms with the devil at the brink of the hereafter
Me, the socket, the plug and universal adapter
The prodigal son who when from his own vomit
To the top of the mountain with 5 pillars and a sonnet
The autobiography read Quranic
Spread love like Kermit the Frog that permeate the fog
I'm at war like the Dukes of Hazard against the Bosses of the Hogs
Gi-Gi-Giggity, Alchemist put the icing on the soliloquy
Let it be forever known that I niced up to pen something considerably Jay Elec told the flow mainly is support mainly
The fatwa he issued on al-Shayṭān was delivered plainly
It's the day of Qiyāmah
To the believers I bring you tidings of joy
But if you want beef I'll fillet mignon ya
You could catch me bummy as f*ck or decked out in designer
On I-10 West to the desert on a Diavel like a recliner
Listen to everything from Electra
From the honorable minister Louis Farrakhan
To Serge Gainsbourg or Madonna or a podcast on Piranhas
What a time we livin' in, just like the scripture says
Earthquakes, fires and plagues, the resurrection of the dead

[Jay-Z:]
I'm a miracle born with imperial features
I'm a page turner, sage burner, santeria
[?], december baby, Mauritius
Saint Hov, story takes place in ancient Egypt
They'll cut off the nose to spite the face, they'll steal ya Jesus
I can't Tahiti White that blued-eyed virgin is make believe stuff
She throw me out the house, say ye deliver us from this heathen
I say that to Ms. Tina she'll sneeze at sun, her photic reflex
They both have straightening combs, little did they know
I hold the heat next
Neither tool, can be used to fix our defects
P.S. we born perfect, f*ck all the B.S
Everybody wanna be us for real, we just gotta see us
Insha'Allah

[The-Dream:]
I tried to turn a page, over a zillion times
Explain lyrics
Correct lyrics 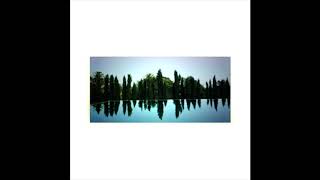