It's Jay Renaissance Man, On the Red Eye from France,
Passers by say the meteoric rise was happenstance,
But everything is illuminated in retrospect,
So I expect respect from the less introspect-
-ful on the next go, now let's go.
Jay Quezo, niggas need a manifesto,
Came in the game like presto,
Unsigned hype, the five mics,
Emcees is blinded by the light.
Blinded by the right, right hook off the jab, Dip, I'm swift with the lyrical gift.
Niggas is stiff, I'm fluid.
That's how I pillage through the game like the druids,
Now everybody and they mama askin around who is,
Jay Electrotherapy, niggas in shock,
I'm a workhorse, sending rappers into the workforce.
It's the Chitown, New Orleans regime sprrrrrrrrat,
Take that, and bow down to the kings naamean. 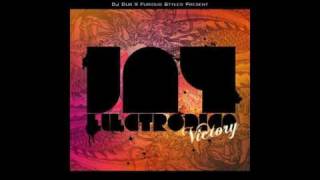 check amazon for Cool Relax mp3 download
these lyrics are submitted by kaan
browse other artists under J:J2J3J4J5J6J7J8J9