[Verse One: Jay-Z]
Things just ain't the same for gangsters
But I'm a little too famous to shoot these pranksters
All of these rap singers claimin they bangers
Doin all sorts of twisted shit with they fingers
Disrespectin the game, no home trainin or manners
I was doin this shit when you was shittin Pampers
I was movin them grams 'fore you, knew what a hand that hand was
Duckin the vans, radars, the scanners
'Fore you knew what hard white to tame was
I was hittin the turnpike, aight with the bammers
I was nice with my hands, cuss aight with them hammers
I was prickin my finger 'fore you knew what a Fam was
I had it laid out 'fore you knew what a plan was
Three hundred mill' later, now you understand us
Y'all ain't see us comin through Vegas
You ever seen so much cham' bust in one night
Grand f*cked up one fight
I was on the Peter Pan bus
You was Peter Pan up in your room, y'all f*ckin with whom?
Allowed me to be taught
You cowards is just now learnin the shit that we talk
You niggaz ain't know about a Robb Report
Bout a high speed Porsche, i.e.
You niggaz ain't know how to floss 'til I came through the door
like "Eric B. for Pres," respect me in this BITCH!
You can't disrespect us cause you got a little check cut
You was suckin for so long, f*ckin your little neck up
Now you too big for your britches, you got a few little bitches
You think you Hugh Hefner, you just ridiculous
I blew breath for you midgets, I gave life to the game
It's only right I got the right to be king
Niggaz that got life really like what I sing
Cause they know is he really like, niggaz feel my pain
Know the shit I DON'T write be the illest shit that's ever been recited
in the game word to the hyphen in my NAME!
J, A, Y, DASH, Hoffa
The past present nigga the future, proper
The holy trinity of hip-hop is us
We give, Dre his props BUT that's where it stops It's the Roc

[Chorus: Truth Hurts]
I know, you got your eyes on me
I feel you watchin me
But it ain't hard to see that you can't see me
You try, but what you think you saw
Ain't what you thought you saw
You bed-da off not lookin at all
(Everywhere that I go, ain't the same as befo')
(People I used to know, just don't know me no mo')
(But everywhere that I go, I got people I know)
(Who got people they know, so I suggest you lay low)

[Verse Two: Dr. Dre]
I'm still on top of the game
Still droppin flames, still cock and aim
Still at the top had the Roc for the fame
over setbacks, there's been a lot since I came
You seen it all, how I got, how I gained
The momentum when it dropped, how I got through the pain
When I roll and shock, they watched me reclaim
the streets, they made a special spot for my name
Dre, haters wanna stop to my reign
But the music lives in me, every drop in my veins
The pride and the pain
All the way back from the rise of my name
See the world clear through the eyes of the mane
See the world chear for the rhymes that I gave
When the beat bangs it'll drive them insane
The eyes that I played
The best to emerge in the game is The Watcher

[Verse Three: Rakim]
I'm "Rated R," my brain contains graphics thangs
It turn traumatic teens into addicts, and fiends
It's like, watchin a movie through a panoramic screen
Which means, I can see the whole planet in the scene
Cash is the topic, the object, a fatter pocket
Some take the crack and chop it, but those that haven't got it
take away the added profit, it's catastrophic
I take the gat and cock it, and I'll sit back and watch it
These New York streets is ugly, I keep it gully
The world is mine and can't nobody keep it from me
Yo, my neighborhood is never sunny
In the place where the number one cause of death is money
You can try copin
I've seen enough shit to leave your frame of mind broken
I'm still alive and scopin
Be another hundred years 'til my skies close in
And I'ma die with my eyes open, the watcher [echoes] 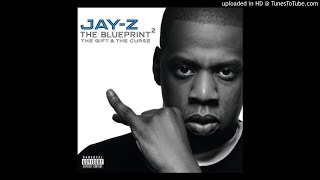