I Want To Be A Popstar Lyrics

I Want To Be A Popstar Lyrics


Why is it all these fakers
Seem to make the morning papers?
They're selling records by the million, seems so easy in my opinion
Look at the Jazz Star, he really needs some guts
Playing from seven to midnight, surviving on peanuts
Selling records by the dozen
Probably sold his tenor to make 'em
With artwork designed by his brother
And liner notes by his mother

Told what to do, miming to a tape
While a team of experts make sure you're looking great
Taking a limo to your own private bar
My God! I want to be a popstar!

Going to get on the T.V and go on dates with only the pretty
Maybe next year I'll pretend to be gay
I'll sell some more records in a flash that way
Makes no difference if i look like a nut
Every kid in the world is going to copy my haircut
I'll advertise some trainers, maybe even a car
Shrewd product placement will gurantee I'm a star
An ugly guy will write my songs Surley there is nothing wrong
Retiring when I'm 22
With a house a car and nothing to do

Instantaneous satisfaction it will be
Got no need for artistic credibility
With this attitude I'm pretty sure to go far
My God! I want to be a popstar!

Maybe its too easy, to move so quickly so far
I want to be a popstar!

Where's the middle ground?
It's hard to make a living with you own true sound
What road am I going to tread?
What the hell would i do instead?

There may be no tours in Roma, or a drug-induced designer coma
No teenage girls when show is over, I prefer my women older
Maybe I don't know what I'm talking about
Sometimes it would be nice to play a place and sell out
Driving to a gig in my brand new sports car
My God! I want to be a popstar!
I want to be a popstar!

Maybe its too easy, to move so quickly so far
Who wants to be a popstar? 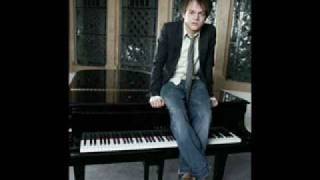