Sounds From The Street Lyrics

Sounds From The Street Lyrics


SOUNDS FROM THE STREET - Paul Weller
Sounds from the street, sounds so sweet
What's my name?
It hurts my brain to think
Sounds from the city, sound so pretty
Young bands playing
Young kids digging - And I dig them
The USA's got the sea
Yeah, but the British kid's got the streets
I don't mind, the city's right
Sounds from the street, sounds just fine
I know I come from Woking and you say I'm a fraud
But my heart's in the city, where it belongs Words from the voices
Rock and roll rejoices
It's something new, it's something young for a change
Sounds from the street, they sound so sweet
They gotta take notice
Why should they stop us? We don't need them
We're never gonna change a thing
And the situation's rapidly decreasing
But what can I do?
I'm trying to be true
That's more than you, at least I'm doing something
Explain lyrics
Correct lyrics 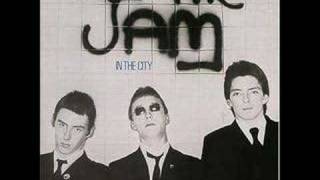