Private Hell
Jam
Just Who Is The 5 O'Clock Hero? In The Crowd I Need You For Someone Going Underground Dreams Of Children Dream Time But I'm Different Now Bricks And Mortar Boy About Town Away From The Numbers
Jam wiki Private Hell video


Private Hell - Paul Weller
Closer than close - you see yourself -
A mirrored image - of what you wanted to be.
As each day goes by - a little more -
You can't remember - what it was you wanted anyway.
The fingers feel the lines - they prod the space -
Your aging face - the face that once was so beautiful,
is still there but unrecognizable -
Private Hell.
The man who you once loved - is bald and fat -
And seldom in - working late as usual.
Your interest has waned - you feel the strain -
The bed springs snap - on the occasions he lies upon you -
close your eyes and think of nothing but -
Private Hell.
Think of Emma - wonder what she's doing -
Her husband Terry - and your grandchildren.
Think of Edward - who's still at college -
You send him letters - which he doesn't acknowledge.
'Cause he don't care,
They don't care.
'Cause they're all going through their own - Private Hell.
The morning slips away - in a valium haze -
And catalogues - and numerous cups of coffee.
In the afternoon - the weekly food -
Is put in bags - as you float off down the high street.
The shop windows reflect - play a nameless host to a closet ghost
A picture of your fantasy - A victim of your misery and -
Private Hell.
Alone at 6 o'clock - you drop a cup -
You see it smash - inside you crack -
You can't go on - but you sweep it up -
Safe at last inside your Private Hell.
Sanity at last inside your Private Hell.
SATURDAYS KIDS - Paul Weller
Saturdays boys live life with insults,
Drink lots of beer and wait for half time results,
Afternoon tea in the lite-a-bite - chat up the girls - they dig it!
Saturdays girls work in Tesco's and Woolworths,
Wear cheap perfume 'cause its all they can afford,
Go to discos - they drink Babycham - talk to Jan - in bingo accents.
Saturdays kids play one arm bandits,
they never win but that's not the point is it?
Dip in silver paper when their pints go flat,
How about that - far out!
Their mums and dads smoke Capstan non filters,
Wallpaper lives 'cause they all die of cancer,
What goes on - what goes wrong.
Save up their money for a holiday,
To Selsey Bill or Bracklesham Bay,
Think about the future - when they'll settle down,
Marry the girl next door - with one on the way. These are the real creatures that time has forgot,
Not given a thought - its the system -
Hate the system - what's the system?
Saturdays kids live in council houses,
Wear v-necked shirts and baggy trousers,
Drive Cortinas - fur trimmed dash boards,
Stains on the seats - in the back, of course!
THE ETON RIFLES - Paul Weller
Sup up your beer and collect your fags,
There's a row going on down near Slough,
Get out your mat and pray to the West,
I'll get out mine and pray for myself.
Thought you were smart when you took them on,
But you didn't take a peep in their artillery room,
All that rugby puts hairs on your chest,
What chance have you got against a tie and a crest.
Hello-Hurray - what a nice day - for the Eton Rifles
Hello-Hurray - I hope rain stops play - with the Eton Rifles.
Thought you were clever when you lit the fuse,
Tore down the House of Commons in your brand new shoes,
Composed a revolutionary symphony,
Then went to bed with a charming young thing.
Hello-Hurray - cheers then mate - its the Eton Rifles
Hello-Hurray - an extremist scrape - with the Eton Rifles.
What a catalyst you turned out to be,
Loaded the guns then you run on home for your tea.
Left me standing - like a guilty schoolboy.
We came out of it naturally the worst,
Beaten and bloody and I was sick down my shirt,
We were no match for their untamed wit,
Though some of the lads said they'll be back next week.
Hello-Hurray - there's a price to pay - to the Eton Rifles
Hello-Hurray - I'd prefer the plague - to the Eton Rifles (repeat)
PRECIOUS - Paul Weller
Your precious love - that means so much
will it ever stop - or will I just lose touch
What I want to say - but my words just fail
Is that I need it so - I can't help myself
Like a hungry child - I just help myself
And when I'm full up - I go out to play
But I don't mean to bleed you dry
Or take you over for the rest of your life
It's just that I need something solid in mine
Lonely as the moors on a winter's morning
Quiet as the sea on a cool calm night
In your tranquil shadow - I try and follow
I hear your distant show clicks
To the midnight beat -
I feel trapped in sorrow
In this imagery
But that's how I am and why I need you so
Explain lyrics
Correct lyrics 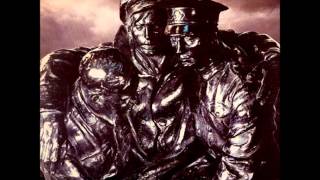