In The City Lyrics

In The City
Jam
Don't Tell Them You're Sane Liza Radley The Butterfly Collector David Watts In The Crowd I Need You For Someone Just Who Is The 5 O'Clock Hero? Dream Time But I'm Different Now Bricks And Mortar
Jam wiki In The City video

In The City Lyrics


In the city there's a thousand things I wanna say to you
But whenever I approach you, you make me look a fool

And I know what you're thinking, You still think I am crap
But you better listen man,
Cos the kids know where it's at

We wanna say, we gonna tell ya
About the young idea
And if it dont work, at least we'll say weve tried 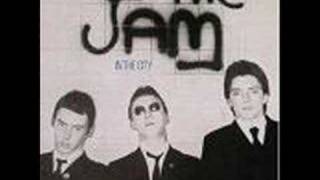