Hey Mister
Jam
Don't Tell Them You're Sane Liza Radley The Butterfly Collector David Watts In The Crowd I Need You For Someone Just Who Is The 5 O'Clock Hero? Dream Time But I'm Different Now Bricks And Mortar
Jam wiki Hey Mister video

You're just so smug in your elected seat
You've got your papers sorted out
But you can't find your feet
Well, I'm not surprised

Hey mister, with your head in the clouds
You can't see further than the shillings and pounds
The things that you say don't mean nothing anymore
You have no control they've broken down all the doors And the only way that you'll fix them up is another war

Hey mister, your smiles been erased
You can't understand why we're losing face
Perhaps it's the promises that you never kept
Never had it so good, well, do you want a bet?
Explain lyrics
Correct lyrics 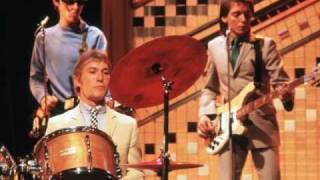