'a' Bomb In Wardour Street Lyrics

'a' Bomb In Wardour Street Lyrics

I'm stranded on the vortex floor
My head's been kicked in and blood's started to pour
Through the haze, I can see my girl
15 geezers got her pinned to the door
I try to reach her but fall back to the floor

And they tell you that you're still a free man
If this is freedom, I don't understand
'Cause it seems like madness to me

A Phillistine nation, of degredation
And hate and war, there must be more
It's Doctor Martin's A P O C A L Y P S E
Apocalypse
Explain lyrics
Correct lyrics 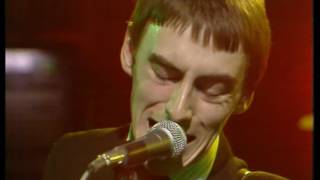