[Skip Bayless]
Is he worth it Stephen A. Smith? No he's not. And I wanna be careful with what I say because I do like and respect Chris Paul. He's actually a lot like Cliff Paul off the court
He's a nice young man I enjoy being around him
You were with him yesterday

[Stephen A. Smith]
Parents are fabulous

[Stephen A. Smith]
And his brother

[Skip Bayless]
But to me, he is not a max salary superstar in this league. Not yet. not after eight NBA seasons and Stephen A., it jars me...

[Verse 1]
Man, I don't give a damn what another man think
I'm done chasing pink
I'm rather wear mink in the summer
Like that damn boy heating up
Swear that I'm a bad niggy 'fore the season's up
I'm re'in up
Making sure the stock is right
Nowadays got me thinking like it's Harlem Nights
With black on black and plaques on plaques
And stacks on stacks and germo-racks
Had to hand it to him it was just a dream till I
I worked for it
Stopped believing in people that didn't work for it
And it all came like the kid really meant for it
God's gift only paying if I sent for it
Saw they left a tight spot but I went for it
Now the block's hot every nigga rockin' Ventwood
They love me when the struggle start stoppin'
Drive to the bank and a nigga start clockin'
Yeah, and a nigga start clockin'
Bang bang
Yeah a nigga start

[Outro: Skip Bayless]
In eight NBA seasons, as he goes into his ninth
With pressure mounting
And now the pressure on Chris Paul will be like never before to produce with the upgraded Clippers roster
Remember in eight postseasons
Never passed the second round
Last two postseasons - Swept by the Spurs - four straight - and then lost four straight last year to Memphis
This is superstar Chris Paul
So Stephen A., I look back to how far has he gone? he's never passed the second round and even against the Spurs back in '08 remember that? Chris Paul .
Explain lyrics
Correct lyrics 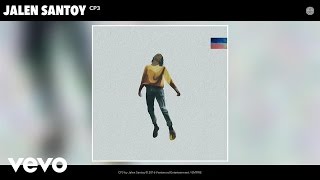