Where The Party At Lyrics

Where The Party At Lyrics

Don't be trippin when you see us in the club
Just show a little love, represent your side like me
'Cause 'round here if you slick you pick a hot one
Ride shotgun, couple of 'em got one
Belvedere in the rear of the club
Pulled up on dubs and we 'bout to go and buy the bar up
So So, for sure we ain't playin
Hang with no lames, hit the park and sayin...

All the girls in the club in they best outfits
Just showin that skin, tryna' make a nigga wanna spit
Where you been girl? You and your friend
Need to come to the back where we got it locked down
In your white t-shirt or a three-piece suit
Don't matter what you wear all that matters is who you with Some jiggy and some are straight grindin
All up in the club just to have a good time and

[Nelly]
Just show me where that party at dirty
Somewhere where it's crackin right around one-thirty
Never get done too early
Come in as is, doo-rags and Tims
I'm rollin past his, his little Jag and Benz
With the Rolls, not the one with the stem (the one with the rims)
The one that seem to make more enemies than friends
I'm slidin in past doors, both eyes closed
Both arms rose, both charms froze
With the S-O-S-O, D-E dot F
I'm buyin bottles, bottles, until it ain't none left
I'm quick to go left, I blaze with no rep
I jams more than def, baby show me the club
I'm like "hey, where that Bacardi at?"
Come and mix it with the Cris', baby, what's wrong with that?
We in the V.I.P. twisted, down right spliffed it
Two way and shit, ooh they makin like they missed it 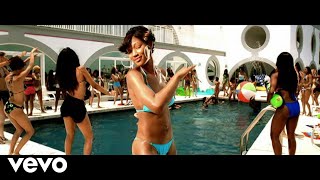 Rate Where The Party At by Jagged Edge (current rating: 9)
12345678910
Meaning to "Where The Party At" song lyrics (1 meaning)
jagged edge fan January 6, 2010-15:28
-4
i love this song. i fell for it the first time i heard it! jagged edge if the party's where you at let me hear you say...
Watch Video Comment Enlarge font Correct lyrics Print lyrics