That Girl Could Sing Lyrics

That Girl Could Sing Lyrics

Talk about celestial bodies
And your angels on the wing
She wasn't much good at stickin' around
But that girl could sing, she could sing In the dead of night she could shine a light
On some places that you've never been
In that kind of light you could lose your sight
And believe there was something to win

She wasn't much good at saying goodbye
But that girl could sing.... 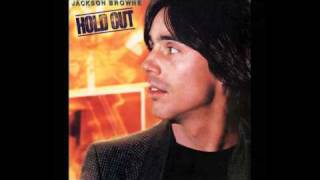 Rate That Girl Could Sing by Jackson Browne (current rating: 10)
12345678910
Meaning to "That Girl Could Sing" song lyrics (2 meanings)
Jerry July 19, 2019-20:15
-4
This song was about Valerie Carter, his back up singer. Jackson Browne confirmed it in concert. The lyrics fit
Susan September 7, 2010-23:35
-4
This song was written for Deb St. Onge. A beautiful girl who was IN LOVE with Jackson. But like the song sang....Wasn't so good at staying around. She loved him....He loved her (for a time). Amen.
Watch Video Comment Enlarge font Correct lyrics Print lyrics