Still working
Still waking up looking for real purpose
Still trying to figure out what it's gon' take
Still trying to find connection with some real surface level types
Back when I was young, I used to pedal bikes
Now I'm riding cross country, doing several nights
In and out the Sprinter van, pull up, get the levels right
Get a bite to eat, do the show, and then we settle like
What could be a better life?
But I'm still staring at the ceiling in my bed at night
Thinking 'bout what I don't got yet
Why I'm not hot yet
Why the last project was something that I thought would make me something that I'm not yet
It's all a work in progress
That's what they tell me and I respond with, "I guess"
I been wanting to get something off my chest
But it's not time yet
It might never be time
My kid won't get no screen time
At least that's what I'd like to think
'Cause my childhood was filled with tree climbs
And Oatmeal Creme Pies and looking at the street signs
I guess that he gon' be fine, or she will
I just feel like it's hard to be thrilled in times like this
When our hands can't keep still
And if it's not Insta then it's emails
There's beauty in the details
So I'ma try my best to pay attention to 'em
Spend your day with this and it can get you through it
I ain't seen an institute since I ended schooling
Used to hate it, now my dreams take place in it
Sun shine through the blinds 'til I wake in it
I just got done stretching like the eighth inning
Now it's time to get something 'fore the day's finished

I got
Well wishes in my cellphone from my classmates that let themselves go
Well aware that I'm well known
Know we had a stretch of time between us that you felt close to me, but
It's been a minute since Did I change or did they rob me of my innocence?
Inner city kids I grew up with, we had some differences
But inside gymnasiums, it's almost like they didn't exist
Time's tickin', my mom's 50
Told me that she been thinkin' 'bout spending time different
It's more precious, what if I took the same method at 21 and adopted it?
Sometimes I feel like I'm tripping for dipping out of town while my pops living still
Palms itching, but this money is not Benadryl
Ain't no pattern to the way I tend to feel
It's all over the place
I'ma lower the shades and sleep in
I ran into a kid I grew up with
He shook my hand and told me, "No one thought you'd do this shit"
I can't relate, but see, I understand
'Cause when they hear me now compared to back then it's like, "Who is this?"
Don't know if I changed, but the music did
In my old shit, I used to just admit things
Now I sit around and wonder, "Is that something you admit?"
'Cause when I hear it, all I do is cringe
I guess I did change
Two years in ATL
Before I moved, I had never got drunk
Now I'm getting tore up like an ACL
Meeting people that my friends idolize
That they only ever get a chance to see on they TL
Artists that they playing through a JBL
In somebody's basement, smoking, getting wasted
Something in the air and I can taste it
2018 I couldn't be on my own
Every night I'd call a girl and fall asleep on the phone
I guess it was how I coped with leaving from home
Discipline, I gotta keep in control
It gets more difficult to rap every day
'Cause it's less and less things that feel like worth saying
Nothing is for sure except life sure ends
I tried to keep that in mind but it's not workin' 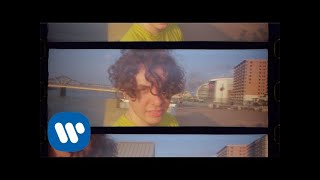 check amazon for River Road mp3 download
these lyrics are submitted by itunes1
browse other artists under J:J2J3J4J5J6J7J8
Songwriter(s): Jack Harlow
Record Label(s): 2019 Generation Now Atlantic Recording Corporation for the United States and WEA International Inc for the world outside of the United States
Official lyrics by