We Don't Give A Fuck Lyrics

We Don't Give A Fuck Lyrics


[Tah Murda]
Yo, throw your motherf*ckin middlefingers in the air, nigga
Cause if y'all don't give a f*ck, like we don't give a f*ck
Throw your motherf*ckin fingers in the air
Motherf*cker, the war is on, we're gonna pour it on
Niggas to be feminine
Guns rapidly scenative
For the love of the Benjamins
Keep em' leeking and bleeking
To dogs with his brawds trembling
I'm sending him, till the LORD calls my adrenalin
You slow mo, niggas getting slow dough
f*ck your po-po, I let the flow blow
Keep em' running like Flo-Joe, I flow so
Sickest Murder!
Clip Inserter!
Drop Pop and rip your wordah
We lust for more, cant touch crush the rope
Hit a clubs rush the door, niggas f*ck the *known
That's why we've been blazed to you froze it up,
Had your name to the crease so you closed it up
I'm one in a mil, niggas got me gunning for real
Leaving you nothing to steal, so no pain to feel
So f*ck the world! Ya either get
When you see the sink, skin no more than my thugs than your guns let off

[Black Child]
I earned connections, everytime I burn my weapon
Ya'll niggas gonna learn your lesson
f*ck the feds, nigga we spit hollow heads
Our motto is shed blood for dead thug
That shed blood in hell, when my slugs set bail
Pray for death from your cell, I won't bet we got to jail
From pretty niggas, with half a nickel flow
Them bitch niggas, they keep their dimes on the low
Ya'll niggas is lame, commercial niggas get out the game
We here now, shits gonna change
We spit them things, from point blank range at you
Then ask what the f*ck you goin' do, test the mic on your gun
Lose your life and your ones, I don't give a f*ck where you from
Niggas run when we come, I bust my gun
Cause I'm a bum from the gutter, You better know
It's Murda! Motherf*cker!
Y'all ain't hear me
Y'all with me
Throw your f*ckin fingers up, motherf*cker
Cause if y'all don't give a f*ck like we don't give a f*ck
Throw your motherf*ckin fingers in the air

[Ja Rule]
Nigga, I'm, living my live, f*cking your wife Bending her up, while I'm holla red and I don't give a f*ck
So I move like like it such, and ya'll can't get enough, of the murderers
It'll murda ya'll, nigga, what, what,
I know yall are ready to die, know why
Cause the pain is too much to bare while alive
So I cock my nine, then close my eyes
Take another hit and then crip and blow minds
These are hard times niggas, in these streets and bust blind
Out of fear, out of dispair, but never in the air
We gonna take this, Point Blank range in your Range Rover
Pistol with the kids and rape your stray hoe
We the Murderers, yo, what you expect from us,
We niggas you can't trust, that don't really give a f*ck,
We dedicated to street life, game and hustle,
I dont wanna be White,
let them black and live for struggle
My niggas tow guns for hittin you and your squad up,
Now we got the upper hand so keep your palms up
Niggas, if you want it with Ja come in and line up
Guaranteed, you be meeting your maker when you times up
Negative, I can go into the streets we live
Paper, foreign niggas be murdering shit
So what, what, Niggas is holla, yo what up
Murda Inc. is the movement that won't be touched
Motherf*ckers, ya hear me, Murder Inc. niggas
Cause if you don't give a f*ck like we don't give a f*ck
Throw your motherf*cking fingers in the air!

[Vita]
We don't give a what, what,
All of my ladies, it's all gravy
Get your tubs up
It's Murder, turn it up
Plus, ain't nobody hotter than Totti
So who you riding with
Ladies hating blatently hating cause they ain't hiding
Dismiss hot chick, straight to the top chick
That'll chase you, that'll strip you off your crown and replace you
When I stay laced boo, in the top of the line,
in the finest designers, from Fendi and Gabbana
Players if you want it, I got it, just come and get it
Thugs if you hustling hustling, come and get it
Mommy if you rolling with Totti, let's get this dough off
We don't give a f*ck! What! 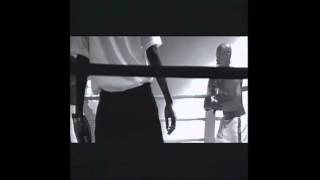